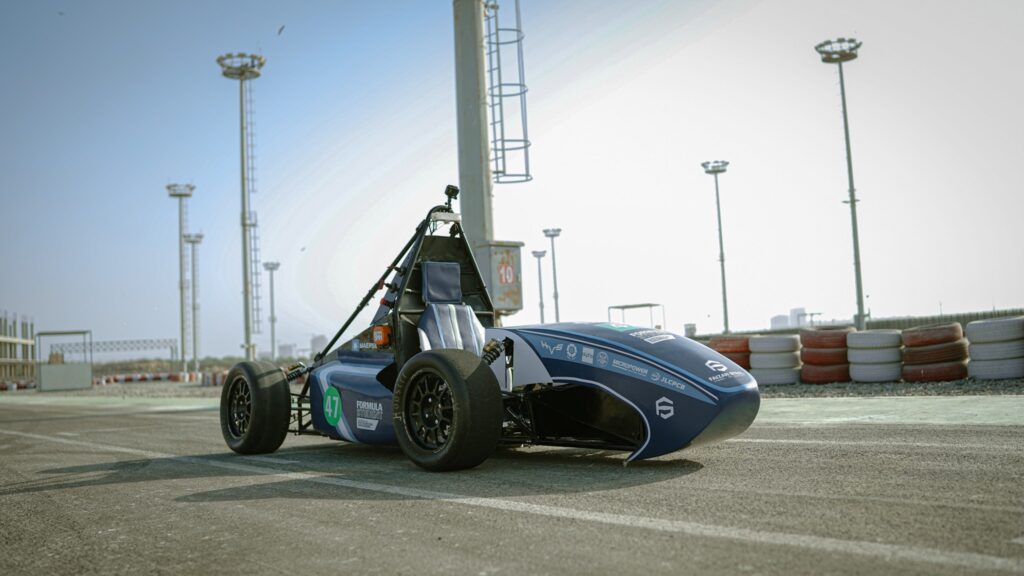 The world’s biggest electric vehicle-producing company TESLA is about to collaborate with NUST ’s FERN team as an innovation partner. Formula Electric Racing NUST is an electric Formula 1 vehicle. A team of engineering students from NUST university has designed this car which makes this the first-ever electric formula 1 car. The National University of Sciences & Technology NUST is the top-ranking university in Pakistan. Students from NUST have yet again proved their ranking, as well as the quality of education NUST, is providing with this latest invention. Their invention has caught the attention of the multi-billion dollar company owned by the richest man alive. Elon Musk’s TESLA has shown interest in becoming an innovation partner of the NUST ’s FERN team.

A 5 members team of undergraduate students from NUST started this project about 6 years ago. They built the car to participate in the Formula SAE Lincoln 2016 international competition. There were only 6 other countries that took part in this competition. FERN was the only team that represented the entire continent of Asia. Hence FERN team is pretty excited to get this offer from the world’s biggest electric vehicle producers. This is the first time any student team has drawn the attention of such an enormous corporation towards themselves.

TESLA has shown a significant interest in the electric model of Pakistan’s FERN team. The corporation aims to revolutionize the vehicle industry by eliminating the need for petrol or diesel as fuel for vehicles. TESLA believes that this would be beneficial for both the world and the climate. The FERN team is delighted to have an opportunity from TESLA itself. This could mean that the team can scale up their project as well as produce an even better version of their electric F-1 model. However, TESLA is not the first company to approach the FERN team with such a delightful offer. Some sources say that the deal has already been made while others suggest that the process is underway. Either way, the partnership is locked and bringing home more than ever opportunities for Pakistan.