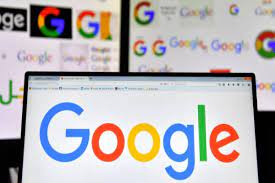 On October 20, the United States Department of Justice (DOJ) filed a lawsuit against Google for allegedly breaking antitrust laws. According to experts, the case may alter people’s perceptions of major technology companies. Google has engaged in what the DOJ calls “anti-company” practices as well as unlawful exclusionary contracts and bundling. Google has eliminated innovation and competition while accumulating an almost infinite amount of user data.

As a conglomerate, Google collaborates with numerous other Big Tech firms, such as Apple, Mozilla, and others. Nowadays, 80% of searches are conducted through Google, which encourages advertisers to place their ads there.

“By doing this, most consumers will see those ads, enabling Google to receive revenue from the advertisers.”

According to Goidel, this makes it possible for anyone to post whatever they want. People can label it as “news” with little to no oversight. Moreover, Goidel claims that this practice facilitates the spread of false information. A number of antitrust cases have involved government claims that tech companies were harming their customers.

Texas is one of 11 states that have currently complained about Google in a comparable manner.

But when it comes to countering the threat posed by Big Tech, America is falling behind. According to Goidel, Europe has been attacking Google for a while and has been much more aggressive than the United States. They forced Google to pay billions of dollars for their behavior.

Any technology is constantly challenging, and this Google lawsuit will investigate what standards and incentives ought to be employed to both shape already-existing technologies and promote the emergence of new ones and rivals.