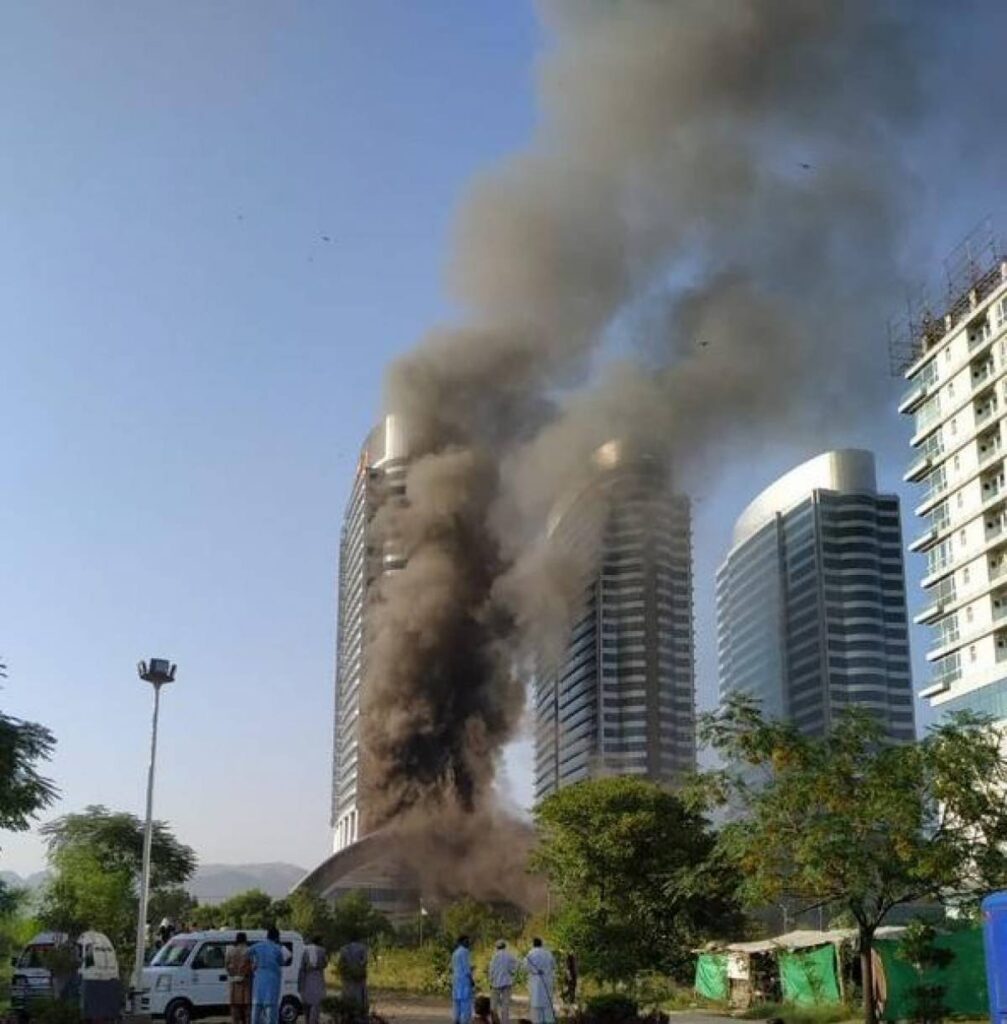 Centaurus mall caught fire recently during the heavy shopping hours. The incident happened on 09th October, as people were visiting the mall as usual. Centaurus mall is one of the great architectural structures in Pakistan. Its presence attracts the attention of many tourists as well as people from other cities in Pakistan. Every person who visits Islamabad never forgets to take a look at this beautiful Mall. Moreover, the structure consists of a total of 3 structures. 2 of these structures are residential buildings with apartments and offices. Whereas, one of the structures serves as a commercial place to house a number of businesses. The commercial structure of Centaurus Mall is a four-story building where there are many vendors who operate shops.

Authorities are suspecting that the fire may have started in one of the hotels on the middle floors of the mall. Although the main cause of the fire is yet not discovered. Authorities have already sealed the building. The fire broke out on the fifth floor of the mall. Although there were a lot of people inside the mall as it was a busy hour. Still, there are no reports of any loss of life during the incident. Multiple authorities undertook the operation and brought the fire under control in about 2 hours. Pakistan Airforce, Pakistan Navy, Fire Brigade, and Rescue 1122 took part in the firefighting mission.

The news went viral when people started sharing videos of people running out of Centaurus mall. Moreover, there were some other videos as well circulating on social media which showed the building on fire. The fire was brought under control and there was no loss of lives in the incident. Thanks to the collaborative efforts of the mentioned authorities. However, this has put a significant yet major question on the Mall’s Fire safety system. Survivors of the incident are claiming that the emergency doors in the mall were inaccessible due to the closure of boxes. Hence there was no way for them to exit the building but to go through the main door. It was a major financial loss for the country as Centaurus Mall was one of the most expensive real estate projects and commercial centers.

Investigations are underway to find out who or what caused the fire in Pakistan’s most prestigious commercial mall.