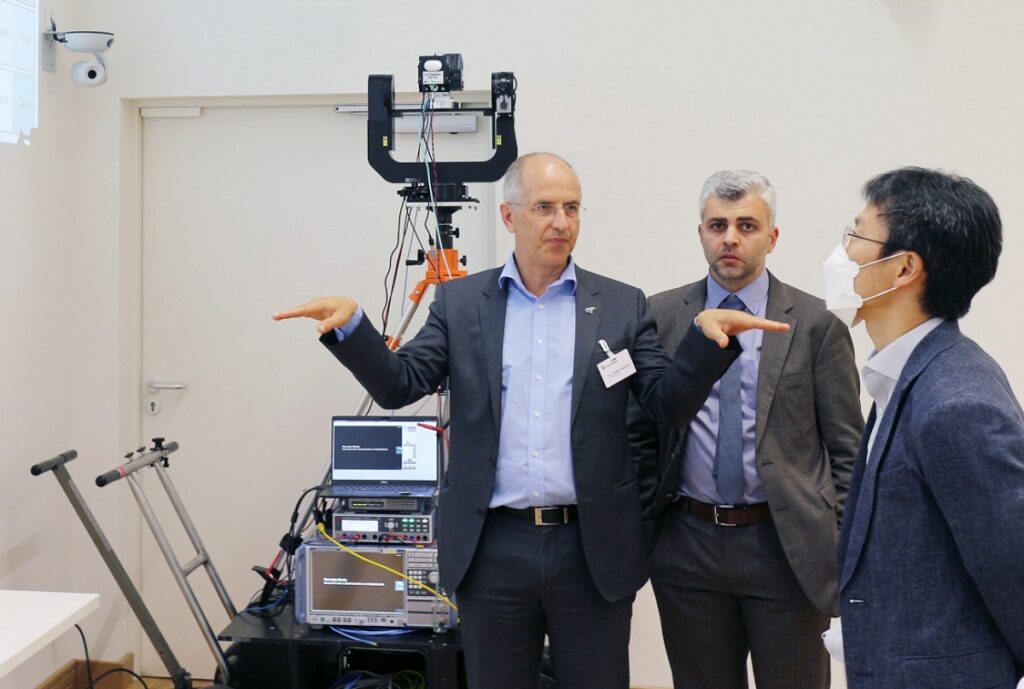 The world’s most renounced and advanced tech firm LG has announced successful testing of 6G technology. The efforts for acquisition of 6G has been going on for a while now. It is a major breakthrough for the company to achieve 6G speed on wireless data transmission. LG has announced that they have successfully tested out 6G wireless data transmission. The tech firm claims to have achieved 1Tbps internet speed during the testing.

The tests were carried out in Fraunhofer Heinrich Hertz Institute in Berlin, Germany. The institute tested data transmission of a range of 155 to 175 Hz frequency. The range of frequency is much higher than the range used in the 5G spectrum. Although the announcements by the company do not specify the exact speed of internet achieved during the testing. However, they were able to process the data transmission with a 320 meters distance. This distance is actually triple the limits set by the company.

For the moment 5G technology is being replaced by 4G signals all over the world. Still, there are many countries and even cities that do not have proper 5G signals. Experts believe that the acquisition of 6G is too soon because the world hasn’t even adopted 5G completely.

Many people believe that 6G won’t be a part of their daily routine until at least 2029. Even the company is planning to standardize the technology in 2025. Although the tests were carried out by an institute in Germany. However, much of the help is coming in from China, Singapore, and Japan. Recently, Purple Mountain laboratories of China tested data transmission with their technology. After which, they claimed to have achieved a data rate of 206.25 gigabits/s. This was an attempt which boosted the morale and required knowledge needed for this success by LG.

The CTO and Executive Vice President of LG Electronics has released a statement regarding the success of their tests. He said that the company is one step closer to achieving 6G speeds of 1 Terabits/s (Tbps) in both indoor and outdoor areas. The company expects 6G technology to be a major game changer for communications in future businesses and new users. LG is committed to be ahead with all the latest research and knowledge to revolutionize 6G technology.