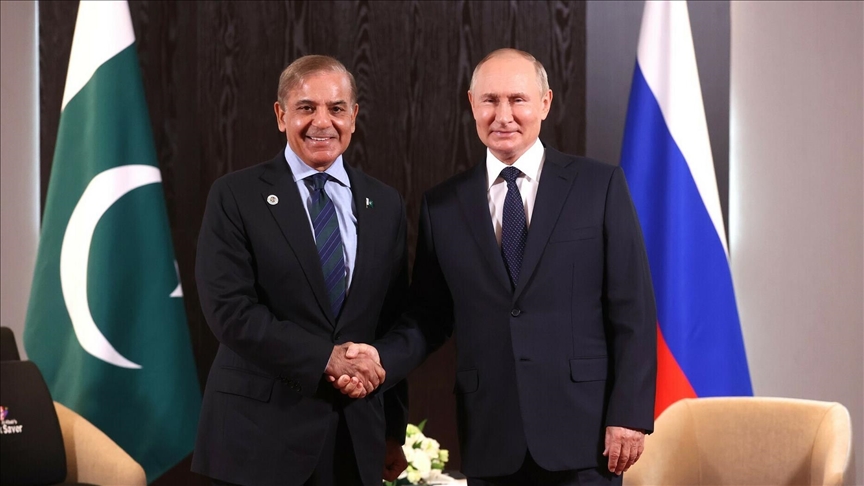 A Pak Russia meeting was held today in Samarkand. Pakistani Prime Minister Mr. Mian Muhammad Shehbaz Sharif and Russian President Vladimir Vladimirovich Putin met officially today at SCO at Samarkand. The Pak Russia presidents meeting took place in Uzbekistan’s Samarkand city. Both the leaders are in the country to attend the Shanghai Cooperation Organization Official Summit. This is the first time the Pakistani Prime Minister has met the Russian President after the outcast of Imran Khan. The 2 sides decided to officially meet each other to discuss many vital roles and issues. However, the Pak- Russia meeting ended with a lot of good news for both countries.

During the meeting held in Uzbekistan, the 2 sides shared their views on many issues. This also included the involvement of Russia in the Russia-Ukraine War. Although the previous government stood neutral on the stance of Russia invading Ukraine. The newly formed coalition government was opposing the idea. But as soon as the opposition came into power, it started to show affection for Russia and wanted to negotiate on certain things for a while now.

However, during the Pak-Russia meeting both the parties felt strongly about the steady growth of Pakistan Russia relations. Both governments showed interest in strengthening and expanding mutual trust and cooperation. The main focus of the meeting was on the Gas Pipeline project between the 2 countries. Russia has agreed to the possibility of a Gas Pipeline project. This project would enable Russia to supply LNG to Pakistan. The project is bound to provide Pakistan with Gas at cheaper rates and a boost to the Russian Economy.

The LNG project was long due because of certain political situations in Pakistan. The infrastructure for the project was in place from 2015. The project, Pakistan Stream Gas Project. The project is to build a 1,100 KM (683 miles) long pipeline that would enable Russia to Supply Pakistan with LNG.

This pipeline would have an annual capacity of 12.4 billion cubic meters (bcm). Pakistan has also shown significant interest in buying wheat from Russia. Russia also needs these trades to happen due to its ongoing conflict with Ukraine. Next Pak-Russia meeting between the countries is due to happen soon in Islamabad at the IGC conference.