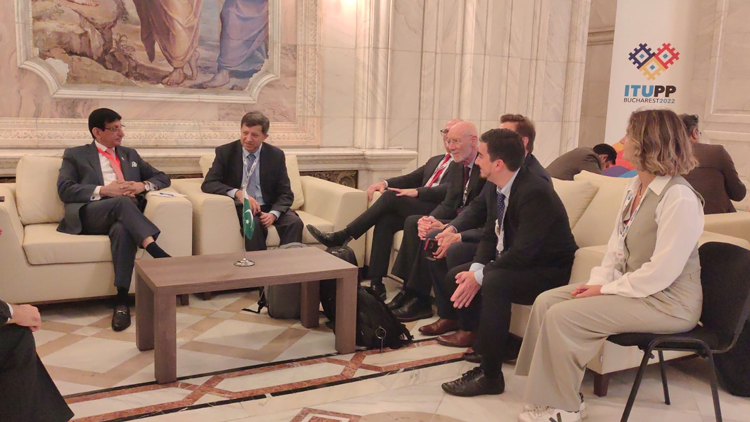 A meeting went under progress in Romania between the Pakistan IT Minister and high authorities from META (Facebook). The meeting was scheduled during the 77th session of the United Nations General Assembly. Pakistan Foreign Minister Bilawal Bhutto Zardari met with the Global Affairs President Nick Clegg from META. META is the parent company of one of the most visited websites, Facebook. During the meeting, both parties discussed the importance and benefits of opening a its branch in Pakistan. Foreign Minister tried to convince the authorities from META to open an office in Pakistan as soon as possible.

The META team has assured the Pakistan delegation that a representative from their company will soon visit for all the information. During the meeting representatives from both sides discussed the IT potential of Pakistan. Moreover, the META team also agreed to the fact that there are a lot of growth chances in Pakistan for META as well. The Pakistani minister assured the META team that all kinds of cooperation will be given from the government. Pakistan has now produced competitive youngsters that have the potential to lead the IT industry. Moreover, if META decides positively towards the invitation to open an office, it will be a breakthrough for Pakistan. This billion-dollar industry will surely give a boost to the economy. After the meeting Nick Clegg responded with the following remarks regarding the request:

“Meta’s constant connectivity and capacity-building programs in Pakistan and that the country is the new area of interest for the company. Meta is looking forward to doing more things in Pakistan.”