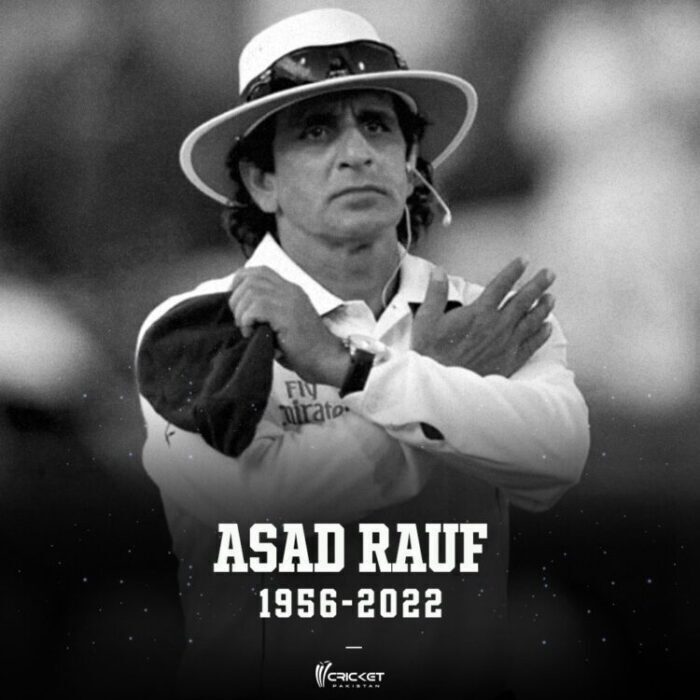 Asad Rauf was the top umpire in the elite panel of ICC. He died due to cardiac arrest in Lahore. He left umpiring due to corruption allegations and started a business of second hand stuff in his native city.

Lahore, Pakistan: A grieving news came from the cricket spectrum last night. A skillful ICC-certified umpire Asad Rauf died at the age of 66. He suffered a severe cardiac arrest that took his life instantly. Rauf had a substantial first-class career as a middle-order batter before he turned to umpiring. He played for National Bank and Pak Railways, averaging 28.76 from 71 first-class matches.

Along with Naeem Dar, Rauf was among those who contributed to improve the reputation of Pakistani umpires prior to the neutral umpires era.

He was a popular figure on the circuit who, alongside Aleem Dar, did his bit in improving the reputation of Pakistani umpires before the neutral umpires era. But his career came to an abrupt halt in 2013 when he was named as a “wanted to be accused“ by Mumbai police in their investigation into the IPL spot-fixing scandal, where Rauf had been umpiring. Rauf left India before the end of that IPL season but was withdrawn from the Champions Trophy that was followed by the ICC. And later that year would be dropped from the ICC’s elite panel, though the ICC insisted it wasn’t because his name had come up in the investigations.

After being banned by the BCCI on charges of ‘corruption’. The world-renowned umpire was running a business of second-hand items in Lahore’s Landa Bazaar. His last rituals are done in his native city Lahore.