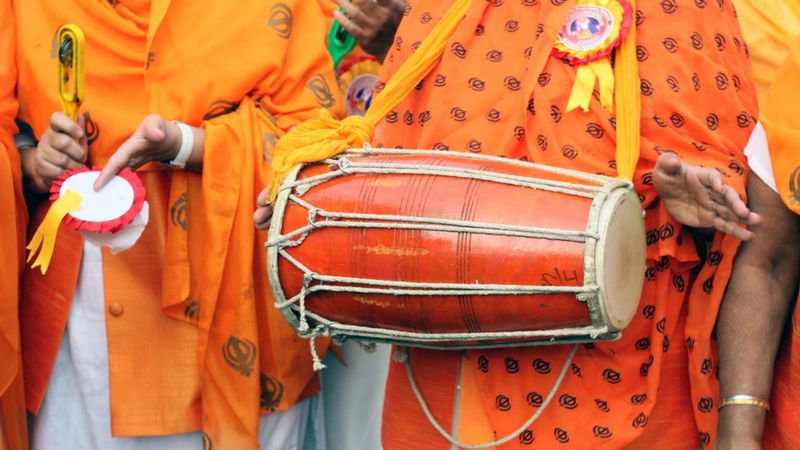 Pakistan has granted visas to more than 2000 Sikh yatris to celebrate Baisakhi. Other than the guests, this festival is very sacred among Muslims as well. True religious harmony can be witnessed during this festival.

Baisakhi is just around the corner. And all the devotees are more than excited to celebrate its festivities. A festival full of colors and dedication. Sikhs all around the world gather together to pay their gratitude. Pakistan is a Muslim majority country. But it always opens its arms for Sikh brothers and tourists. The government even accommodate them to their best. Undoubtedly it shows the religious tolerance and love in this loving country.

This year Baisakhi falls on April 14, 2022. Like every year Pakistan Government allows more than 2200 Sikh Yatris to come and pay their tributes. They often traveled from the Wahga Border and visits Nankana Sahab (the birthplace of the first Sikh guru) and Panja Sahab for pilgrimage activities. Nankana Sahab has accommodation for more than 1000 yards inside the Gurudwara. Sikhs came and offer their prayers, celebrates the festivities, and left with hearts full of love and purity. One of the Sikh Yatris expresses his feelings while giving an interview “We have come here with a lot of love for the people of Pakistan, this is the land of our gurus.”

History of Vaisakhi or Khalsa foundation

Vaisakhi is the second month of the Hindu Calendar. They celebrate this month to welcome spring and harvesting festival. On the first day, they play music and dance in the field wearing colorful clothes. In 1699, this month became significant for Sikhism as well. It became a symbol of new year in Sikhism and Beginning of the Khalsa.

Guru Gobind Singh gathers all the devotees at the event of the Vaisakhi festival. He waved his sword in the air and asked for people who wants to volunteer their lives for him. 5 men agreed to sacrifice themselves and went into Guru’s tent. Moreover, Guru went inside and after some time he came outside with no blood on his sword, clothes, or hands. Then those 5 men came outside unharmed. People gets so suspicious and confused.

After that Guru Gobind announces that those men are part of Khalsa. Khalsa means Purity and saintly. Then he baptized them with holy water known as Amrit Jal. Then he announced that from this day, this date will be celebrated as the beginning of new year and celebrate the purpose of Khalsa. Its been hundreds of years now but the celebration of khalsa is still going strong.

This festival was very sacred for Sikhs and Hindus for so many reasons. But before the partition, Muslim farmers celebrate this festival with their Sikh companions as well. It was as important for Muslims as well as Sikhs.

Every year on the 13th or 14th of April Baisakhi festival falls. Sikhs from all over the world gather in the shrines of their beloved gurus. The day started with Nagar Kirtan. It is an amalgamation of beautiful poetry described with music to soothe devotees souls. After that, they start their celebration with music, especially Dhol and Bhangra. They perform their special Sikh martial arts skill to the beat of the music. It is a very pleasant view to witness in reality.

After that, all the devotees have a chance to drink a special delicacy made with water and sugar. Unique point is it is mixed with Sword or Kirpan. Devotees then took a bath in holy water in Gurudwaras, its their kind of baptisms. Their believe is it washes all the sins from them. They wore new clothes and meet their relatives for rest of the festivities. Sikhs usually starts new business, marriage or any auspicious activity on the event of Baisakhi.