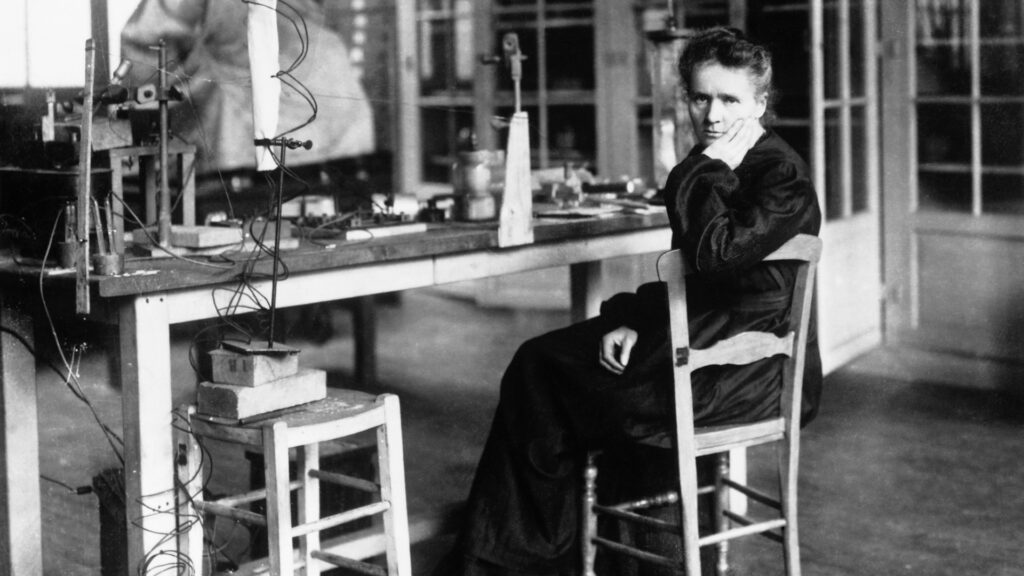 Marie Curie was a Polish-French physicist of the 19th Century. She made numerous contributions to the world of science. Many of her discoveries are in use to this date. Marie Curie was the first person and woman ever to win the Nobel Prize twice. She relocated to Paris in 1891 to pursue her academic interests at the Sorbonne. Marie graduated with degrees in physics and mathematics. She started dating School of Physics Professor Pierre Curie in 1894, and the two got married the following year.

When Pierre Curie tragically passed away in 1906, she took over as Professor of General Physics in the Faculty of Sciences. She became the first woman to hold this position. She also succeeded her husband as head of the physics laboratory at the Sorbonne. In 1903, she earned her Doctor of Science degree. Henri Becquerel discovered radioactivity in 1896 thanks to the Curies’ brilliant research and analysis. It was her research and experiments that led to the isolation of polonium and radium.

Marie Curie had to develop methods for extracting enough radium from radioactive waste. Upon success, she could completely characterize and study radium. She later found therapeutic properties of radium.

Marie actively promoted the use of radium as a painkiller throughout her life. This painkiller helped the allied forces massively during World War I. She personally dedicated herself to this therapeutic work with the aid of her daughter Irene. In 1929, President Hoover of the United States presented her with a gift of $50,000. American supporters of science awarded her this price to buy radium for the Warsaw laboratory. She never lost her love of science and significantly helped her hometown’s radioactivity lab get off the ground.

Marie Curie’s quiet and modest demeanor won her the respect and admiration of scientists everywhere. She received a number of honorary degrees in law, medicine, and science. In addition to these, she also got honorary memberships in learned societies around the globe.

She and her husband shared the 1903 Nobel Prize in Physics for their studies on spontaneous radiation. Becquerel discovered radiations using Marie Curie’s techniques. Becquerel received the other prize-winning half. In 1911, she was awarded a second Nobel Prize, this time in chemistry for her research on radioactivity. In 1903, she and her husband also shared the Davy Medal of the Royal Society. Moreover, in 1921, President Harding of the United States gave her one gram of radium in appreciation for her contributions to science on behalf of women in America.

Marie Curie died at the age of 66 on 4 July 1934. The doctors stills believe that her working with radiation and long exposure might have caused her death.