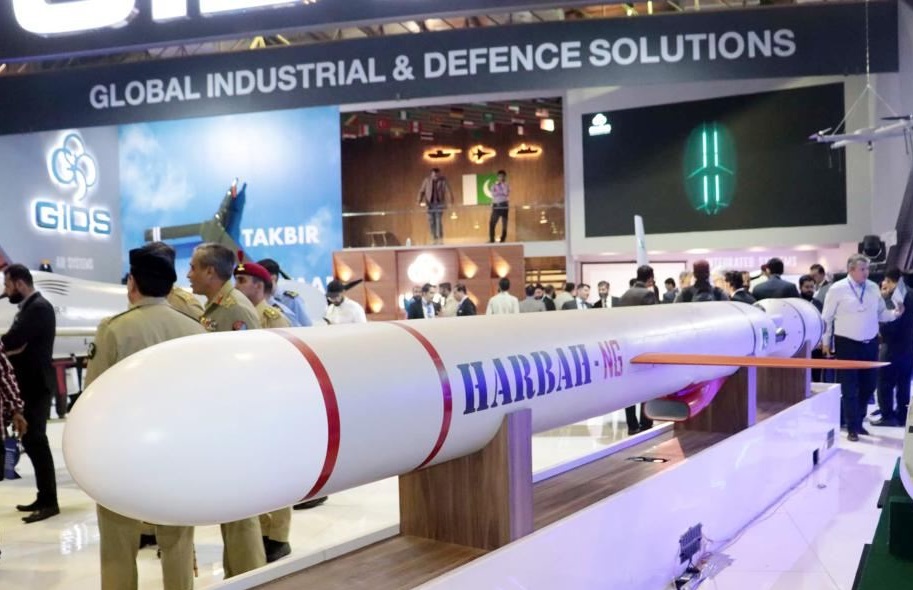 GIDS is the top-tier and largest state-owned defence corporation in Pakistan. It conducts research and development and production of high-tech and traditional equipment for the air, land, and sea. Bombs, missiles, drones, and other security equipment have already been successfully exported by GIDS to numerous countries from all the major regions, including the Middle East, Central Asia, Latin America, and Africa.

Harbah-NG is introduced to serve Pakistan naval forces. It is an year-round subsonic anti-ship cruise missile that ranges up to 290km  (174 miles) away at a speed of 988 kilometers (614 miles) per hour to ensure enemy’ ship. Installations on the ground that are less accurate than a 10-meter radius. The way Harbah-NG is designed is used to maintain a low-altitude. During operational mode, it is capable to avoid the enemy’s countermeasures through its terrain-following flying profile.

Its exceptional modular design allows varieties to warhead, guidance & range capabilities. It is available in ground- and air-launched versions.

For the first time Pakistan has previously showcased its new anti-ship cruise missile Harbah at the Doha International Maritime Defence Exhibition and Conference (DIMDEX) in Qatar.

Harbah was developed by the state-owned Global Industrial Defence Solutions from the Babur family of missiles following non-nuclear, “fire and forget” weapon system. The Harbah-NG has a modular design with additional upgrades to increase its functionality. To track and hit targets, it makes use of a Digital Scene Matching Area Correlator camera, radar, and an infrared seeker.

Sources confirmed that IDEAS-2022 is being observed by 285 delegations from 51 countries, including military representatives and trade visitors.

Not only Pakistan but, several other countries, including China, Germany, France, Italy, and the US, build pavilions at the exhibition.