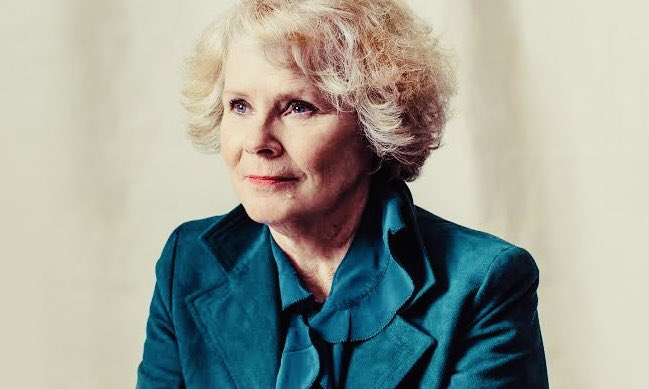 Imelda Staunton is a new Queen Elizabeth II in the 5th and 6th seasons of “The Crown”. Oscar-winner actress is famous for her role as a wicked Umbridge in the “Harry Potter” series. She considers this role as the biggest privilege of her acting career.

Imelda Staunton takes over the role of Queen Elizabeth II from Olivia Colman for The Crown seasons 5 and 6. She will become the third actress to have worn the crown in the series – the role of the young Queen was played by Claire Foy in seasons 1 and 2. In a statement, Staunton said she was “honored” to be joining the show. She confessed: “I have loved watching The Crown from the very start. Fans are eager to watch their wicked Umbridge into powerful queen soon.

“As an actor it was a joy to see how both Claire Foy and Olivia Colman brought something special and unique to Peter Morgan’s scripts,” she continued. “I am genuinely honored to be joining such an exceptional creative team and to be taking The Crown to its conclusion.”

In July 2021, Netflix released a first look at Staunton in costume. See that sneak peek here:

We don’t know if The Crown will catch up to the present day. But Staunton’s version of The Queen will have plenty of things on her plate to deal with. If you have been keeping up with The Crown, then you know that Queen Elizabeth is not a big fan of people in her family getting divorced. Season 5 will cover the events surrounding Britain and the royal family during the 1990s. The Queen called 1992 an “annus horribilis (horrible year)”. In 1992, Princess Anne divorced Captain Mark Phillips and Prince Andrew, and Sarah Ferguson announced they were splitting. Moreover, a horrible fire broke out at Windsor Castle. In addition, Prince Charles and Princess Diana announced they were getting divorced even though it wasn’t finalized until 1996.

Due to the queen’s death, the release of the new season was put to a small halt. Fans will have to wait to see their favorite actors in action for a while.

Also See: I watched “The White Lotus” and I don’t like it