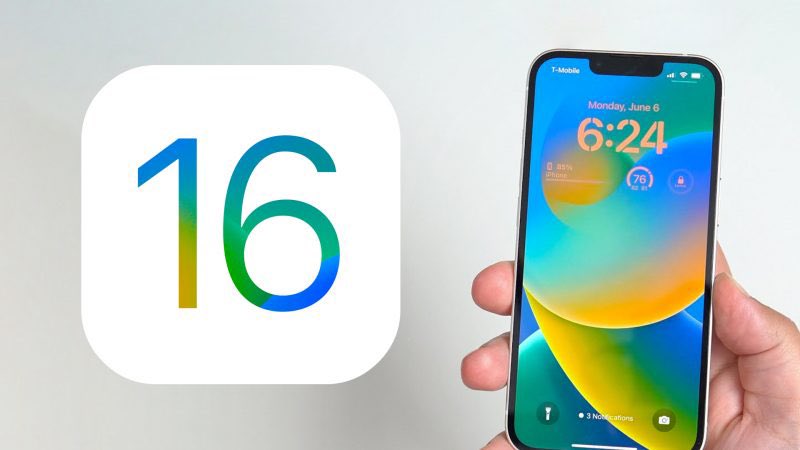 Apple drops the latest update named iOS 16 on all devices. It has so many new features that will enhance your user experience. Will it be able to cross android market or not?

Earlier this month, Apple launched it 14th series of smartphones. People are all raged up to get their hands on new sets and devices. Now to improve their user experience, Apple announced the new updated iOS 16 update for all of its smartphone devices. It has a lot of features that are not available before. It is said that iOS 15 was around 30 percent slower than new update. Following are the new features of iOS 16 update you can enjoy on your devices.

Apple’s management are determine to pay back to mother earth. They already announces their efforts towards decreasing their carbon footprints. In new update they added a feature of clean charging or green charge. You have to swipe left the toggle on charging and battery settings.

Apple Wallet App can be deleted in iOS 16 update

Now this is a much awaited update. Using this you can finally delete the app completely from the phone. You cannot enjoy Apple pay. Apple Cash, etc. as well. But you can add whatever the mode of payment in your phone quite conveniently.

People loves to customize their phones according to their taste and convenience. But unfortunately iPhones has a limited options all these years. This makes their phone a bit dull and boring. With iOS 16 update you can customize your home screen as well as your lock screen as per your choice. It will add lots of color and character into your phone.

Live Activities are even more important now than they were when Apple first announced them at WWDC. The iPhone 14 Pro and iPhone 14 Pro Max can integrate Live Activities from third-party apps right into the Dynamic Island, giving you an easy way to keep up with things like ride share, sports scores, navigation, and more.

Early signs of Matter for the Home app

iOS 16.1 and iPadOS 16.1 also include the very early support for Matter smart home accessories. Matter is a new smart home standard that aims to improve cross-platform compatibility for the most popular categories of accessories. The device that initiates the pairing needs to use the same iCloud account as the home hub. Only the owner of a home, not an invited user, can pair Matter accessories. Whereas, a lot of details about this new feature is yet to be released by the developers.

Now creators knows that that iPads and their interface can be quite buggy sometime. They have added a of new features this time with new update. You can use home button for so many uses. But still the creators will tell more about this in October.

You can take screenshot in various easy methods now. Camera is more stable and high resolutions. Moreover, it also improves its navigations and map options. In short, Apple tried to overcome all of its shortcomings in this iOS 16 update.