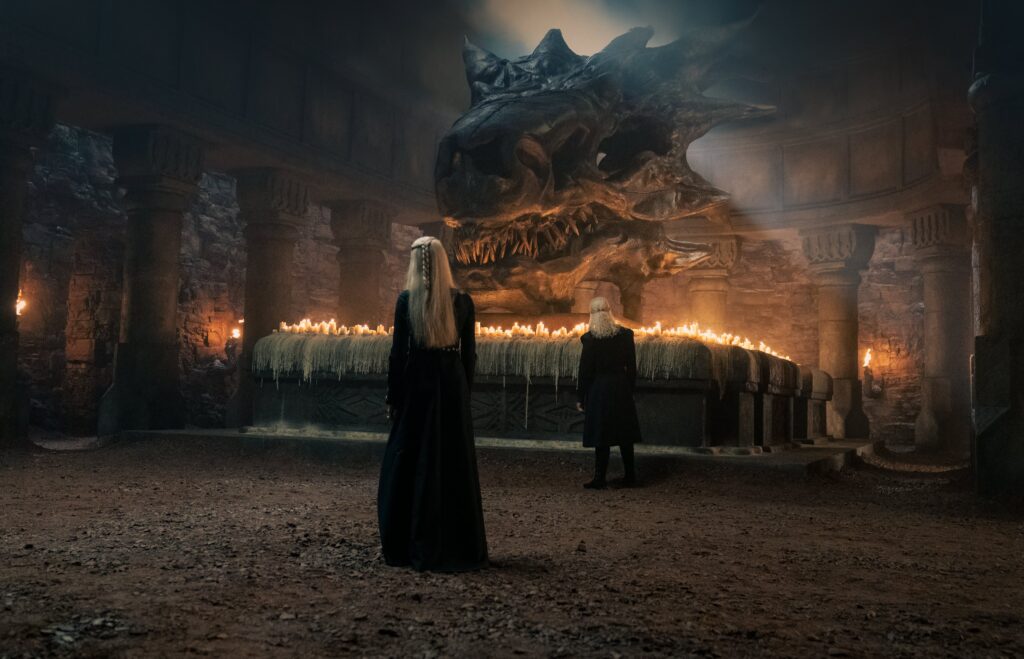 Game of Thrones prequel got approval for the second season already. House of the Dragon first episode proved to be a hit all over the television. George R R Martin’s world of fiction and magic has mesmerized fans for years.

Game of Thrones came in 2011 and it ruled on television for straight 8 years. In 2019 the channel premiers its finale and fans are left with mixed feelings. To compensate them HBO brings back the world of Magic and twisted politics again. Based on George R R Martin’s The Princess and the Queen, a new show came last week. House of The Dragon is based on the Dynasty of Targaryen and the ancestors of our favorite queen Daenerys Stormborn Targaryen.

On August 21, 2022, the show telecasted its pilot episode. It is the first time in history that any pilot episode got 10 million views in less than 48hours. Looking at the ratings and popularity the show already got approval for the second season. According to the writer, it is almost impossible to cover all the story and plot in just 10 episodes. Fans will see their favorite dragons fly for a much longer time.

HBO executive vice president of programming Francesca Orsi sang House of the Dragon’s praises and expressed confidence in the ability of the creative team behind the show to tell compelling stories.

“Our phenomenal cast and crew undertook a massive challenge and exceeded all expectations, delivering a show that has already established itself as must-see-TV,” Orsi said. “A huge thank you to George, Ryan, and Miguel [Sapochnik] for leading us on this journey. We couldn’t be more excited to continue bringing to life the epic saga of House Targaryen with season two.”

It begins with King Viserys Targaryen (Paddy Considine) deliberating who should be his next heir; his brother Prince Daemon (Matt Smith) or his daughter Princess Rhaenyra (Emma D’Arcy). It would be interesting to watch a man made history that is so rich and lots of twists.