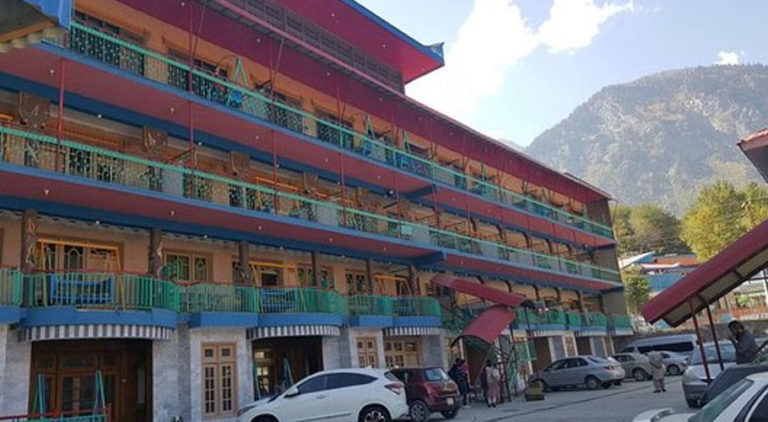 Pakistan is facing its worst climate damage these days. More than 1000 people along with cattle and property are under attack. Pakistan is seeking help from the world to overcome these floods. A newly built honeymoon hotel was swept away drastically.

The Government of Khyber Pakhtunkhwa (KP) has imposed an emergency in the district of Swat as floods continue to wreak havoc on the district’s infrastructure. The development comes after a raging flood swept away Swat’s newly constructed, Honeymoon Hotel, including four mosques and bridges.

New Honeymoon Hotel is Kalam’s one of the biggest and most expensive hotels. With heavy rains continuing to batter parts of Khyber Pakhtunkhwa, flash floods damaged houses and crops, blocked roads, and caused power outages in Swat, Dir, and Dera Ismail Khan districts. Recently the owner spent 30 crores to prevent it from flood damage.

Prime Minister Shahbaz Sharif asked for international help in battling the damage on Friday, as rescuers struggled to evacuate thousands of marooned people. The appeal came as exceptionally heavy rain continued lashing Pakistan, with the death toll hitting 937 since mid-June, more than a third of them children. “The ongoing rain spell has caused devastation across the country,” he tweeted, thanking other countries and groups for their support. “Together we will build back better.”

PM Shareef visited flood-hit areas in Sindh province on Friday, assuring flood victims of the government’s support. Some 6,500 Pakistani troops are taking part in the search and rescue operations. And have so far evacuated more than 40,000 people.