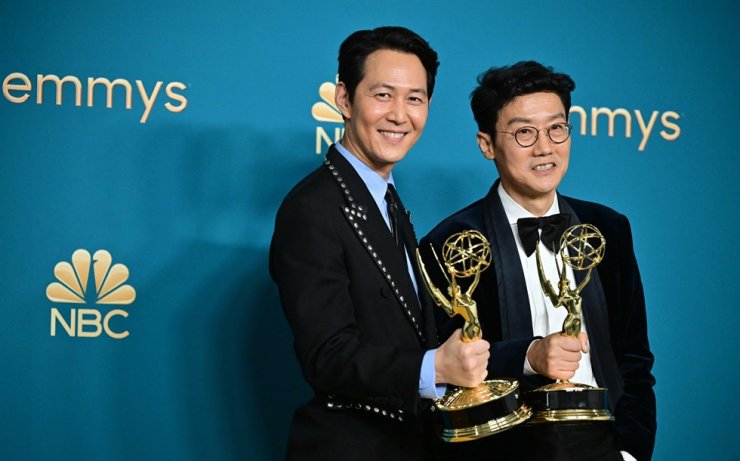 Out of 14 nominations, Squid game won 4 prestigious awards at Emmy Awards 2022. This is the first non-English show that has won major awards this year. South Korea is looking forward to more awards like this from now on.

Emmy Awards 2022 was held last night with all glitz and glam. This year people voted for around 24 best shows on television and OTT platform. It includes HBO, Apple TV+, Netflix, etc. However, jury decided the final and deserving winners after tight scrutiny and judgements.

“Thank you to the Television Academy, thank you to Netflix, and thank you to the director for making realistic problems we all face come to life so creatively on the screen with a great script. ‘Squid Game’ team. Thank you to everyone watching in Korea,” Lee Jung said after accepting his award. He then went on to repeat his speech in Korean.

The cult show came in September 2021, and it became a rage instantly. This show is about a poor and loser group of people competing to win a massive cash price by playing gruesome games. It also shows the dark side of South Korean society. The Emmy award winner actor played the lead and the only contestant who survived the game. This shows became popular within days and remain on top for several months on Netflix.

Lee scored the win over a tough slate of competitors including Bob Odenkirk of “Better Call Saul,” Jason Bateman of “Ozark,” Adam Scott of “Severance,” and “Succession’s” Brian Cox and Jeremy Strong. Squid game was nominated in 14 different categories altogether. It is successful to bag four out of them. They are hoping that they will continue to grow with its second season as well.

Also See: House of The Dragon got an eyes of 10 million viewers