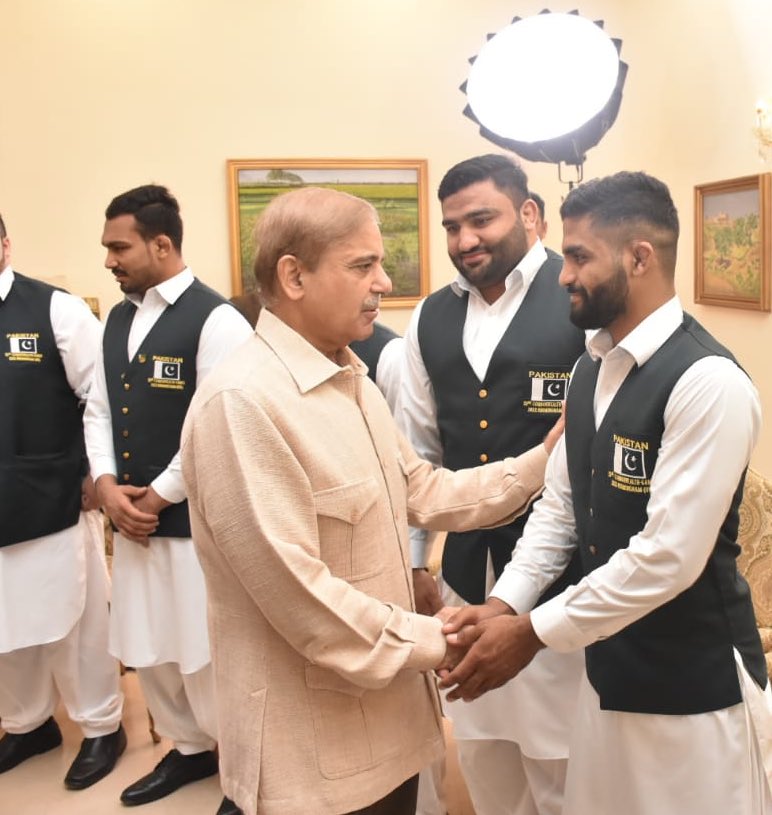 Shahbaz Shareef distributed cash prizes to winner athletes recently. Moreover, He opened a sports department in all fields. His small mistake became a laughing stock on the internet as well.

Prime Minister Shahbaz Shareef met the Pakistani medalists of Commonwealth Games and Islamic Solidarity Games in Islamabad on Wednesday. He met them soon after returning from his two-day official trip from Qatar. However, PM Shareef praised the efforts and achievements of Pakistani athletes in international tournaments. Athlete Arshad Nadeem, who won back-to-back gold medals in both the events in Javelin Throw, demanded PM Sharif provide basic facilities in his village including a hospital. Nadeem urged PM Sharif to make his village a model village. He also announced ban of sports fund during the ceremony.

Along with that, Prime Minister Shahbaz Shareef announced on Thursday that he was reversing the decision of the previous government to stop public departments, corporations, and autonomous bodies from funding sports teams. However, This decision is applauded by all the athletes and sports personnel. He said “The ban was imposed by the previous government, asking all public departments, corporations, and autonomous bodies to stop their funding of sports teams in 30 different disciplines,”

However, this comment took the internet by storm. While netizens were making fun of the prime minister for committing such a mistake at a crucial moment. But despite this small incident, Shahbaz Shareef’s decision for the sports department is commendable.