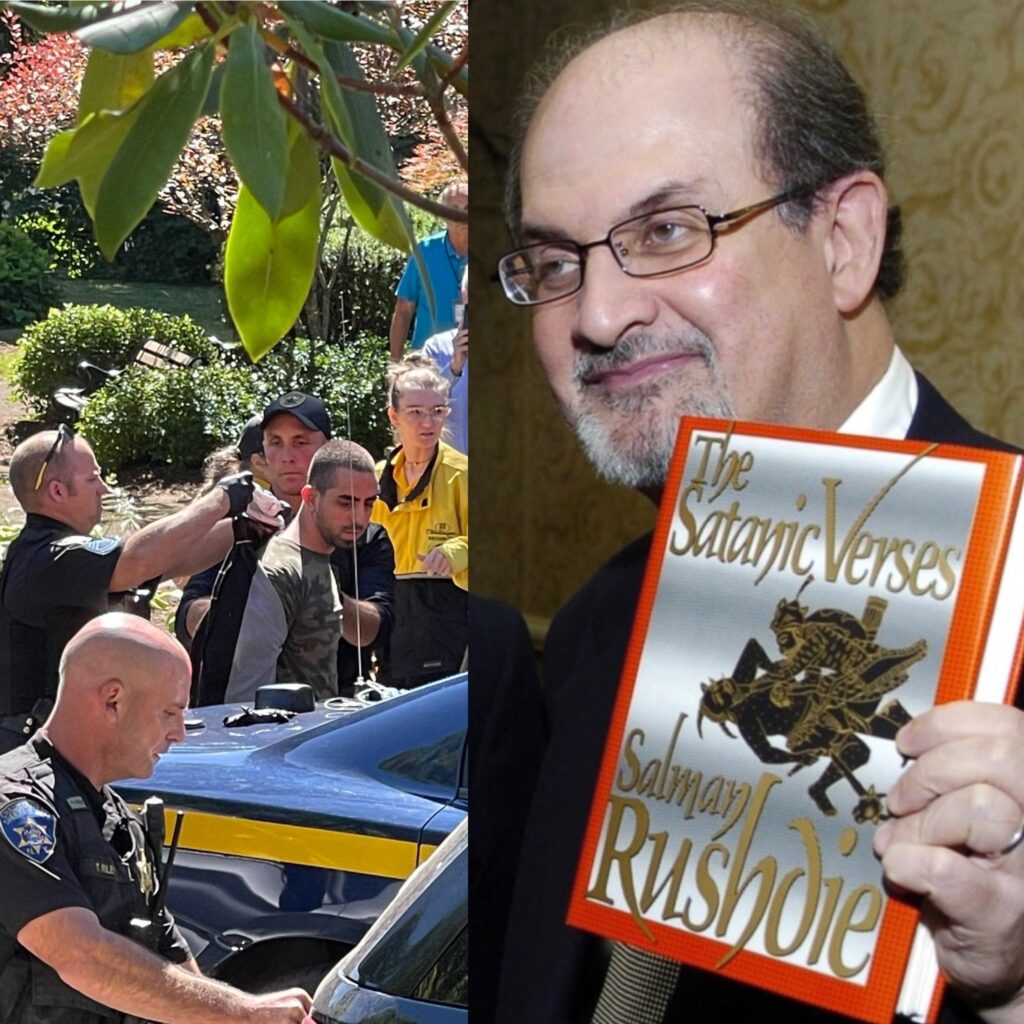 The writer is hiding heavily stabbed on Friday night when he was about to give a lecture in New York. Salman Rushdie was rushed to the hospital and is not in a stable condition so far. Satanic Verses had led him to a near-death experience by a 24-year-old boy.

Hall was full of book nerds and spectators. They all were gathered here to hear a lecture by renowned book writer Salman Rushdie. Chautauqua Institution in western New York is the place where writer usually come and speak about different issues from time to time. After a while a male age 24 year approximately went up to stage and starts stabbing the writer. The moment police get there and stop him, 75 year old writer fell down and went into unconsciousness.

He was taken immediately to the nearest hospital. Where doctors led him to the operation theatre and after several hours he went on a ventilator. According to doctors, he stabbed almost 15 to 20 times affecting his liver and abdomen adversely. According to his representative “, he is serious yet recoverable”.The culprit was arrested by police and kept under high security for now. His name is Hadi Matar, from Fairview, New Jersey.

Salman Rushdie led most of this life in hiding and escaping. He get fame after he wrote the book “Midnight’s Children” which was based on the India-Pakistan partition. It was the biggest hit and 1 million copies were sold in the UK only. However, He even get Booker’s prize as well. In 1988 he wrote “Satanic Verses“ and after that his life went south.

He starts getting death threats after the publication. His book hurts the sentiments of Muslims and his views were called blasphemous. Moreover, He has to hide underground for a while and ask for police protection from the USA for living peacefully. He is living in USA since and is quite active in literary society. It is suspected that the recent attack is also relevant to death threats for Satanic Verses as well.

Also See: Mithilesh Chaturvedi died at the age of 67