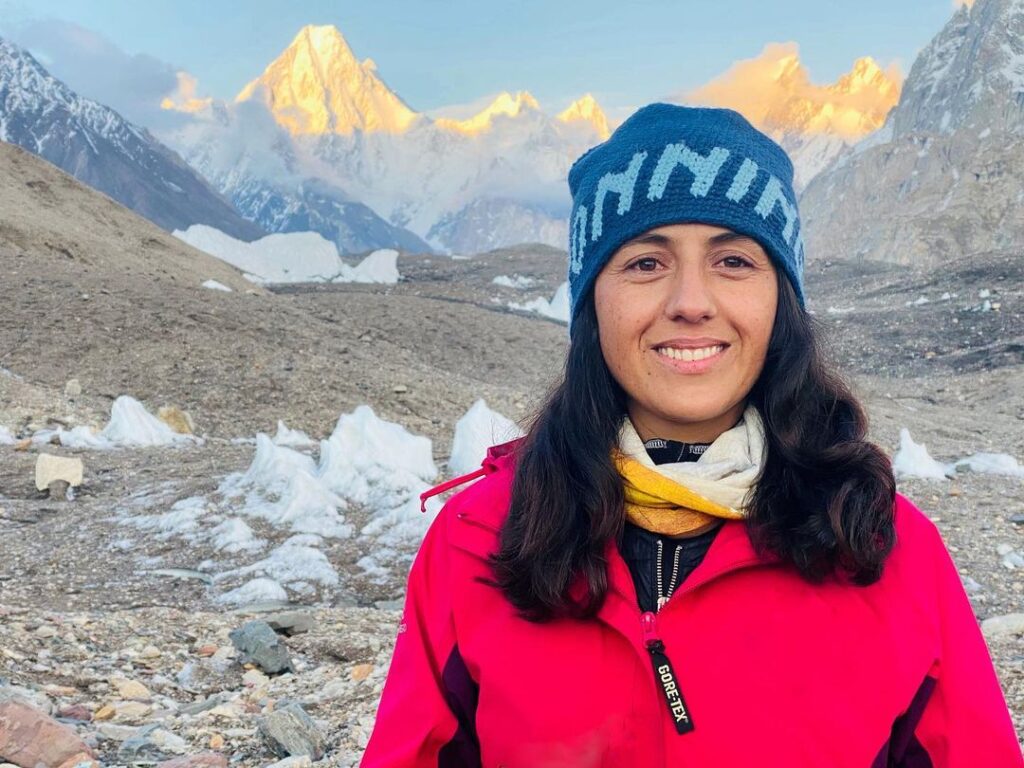 31 years old climber summits K2 in her latest attempt. Samina Baig is the first Pakistani to climb Mount Everest. The whole nation is proud of its daughter to enlighten the country globally.

Samina Baig did it again. She successfully climbed the second highest mountain in the world. 31 years old climber reached this milestone on 21st July 2022. Earlier she was the first Pakistani who summits mount Everest in 2013. She is the only lady who claims to climb all seven highest mountains that called “seven summits“.

Several other climbers from various countries, including female climbers from Oman, Lebanon, Iran, and Taiwan summited the peak on Friday morning. The summit push started late last night as soon as rope fixing teams completed their jobs and the first group reached atop K2 at around 3am in the night.

“We are extremely proud to announce that Samina Baig with her strong Pakistani team, successfully summited the world’s most fascinating and dangerous mountain known as the savage mountain — the world’s second and Pakistan’s tallest mountain K2 8,611meters this morning at 7:42am,” read a statement by Samina’s team at the ground.

Meanwhile, Prime Minister Shehbaz Sharif congratulated Samina on the achievement. “Congratulations to Samina Baig, the first Pakistani woman mountaineer to reach the summit of the world’s second highest peak, K2, and her family on their accomplishment. Samina Baig has emerged as a symbol of Pakistani women’s determination, courage, and bravery,” the PM said in a tweet.

It is so happy to witness the women of our country making us proud globally. This year belongs to women indeed. Many women achieved the highest ranks in their respective fields like mountaineering, film, art, and other fields of life. If they have given enough chances, they can change the fate of country in positive and progressive direction.