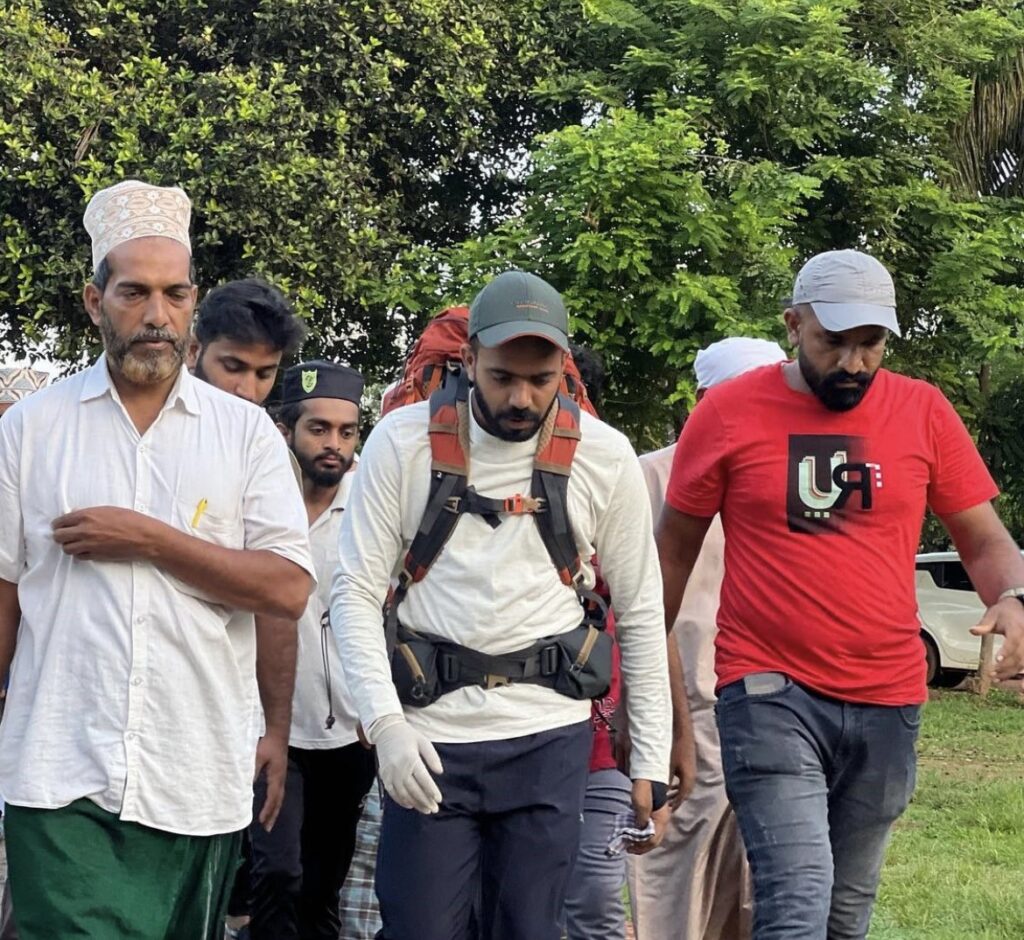 A 29 year old man, Shihab Chottur from Malappuram, a state of Kerala, India, started his journey to Mecca by foot to perform Hajj 2023.

Shihab Chottur start his journey toward Mecca right by offering ‘Morning Prayer’ and ‘Duas’ and wishing goodbye to his family and friends. His few relative and locals followed him for some distance. Later on they parted their ways and Shihab continued as one-man journey.

Shihab is the very first guy in 21st century who started his journey towards Mecca on foot. He only carried basic necessities of life and decided to sleep in Mosques along the way.

He concluded the distance between his home places to Mecca is about 8,640 Kilometers. According to his calculations he have to walk 25 km per day to reach his final destination. It will take 280 days to reach Mecca. All these calculations are expecting him to reach Mecca in February, 2023.

He further calculated his crossing countries during his journey. He is planning to cross Wahgah border to get to Pakistan, Iran, Iraq, Kuwait, and then walk through Saudi Arabia. Mr Chottur already have visas to enter these countries.

He will apply to perform Hajj Pilgrimages when he will reach Saudi Arabia.

Shihab Planned to reach Mecca and perform Hajj Pilgrimages when he has been working in Saudi Arabia for eight years. He replied on Twitter:

“I started dreaming about a Hajj pilgrimage on foot even while working in Saudi Arabia. In Shaa Allah, I will reach Makkah in eight months covering 8640km.”

‘You think you have it tougher than others. Stand your ground. Hold on to tour faith, your integrity. Don’t let anyone sidetrack you. The Almighty never promised you an easy journey. Tough times will reveal your true character. Seek help. Be strong. Don’t quit’.