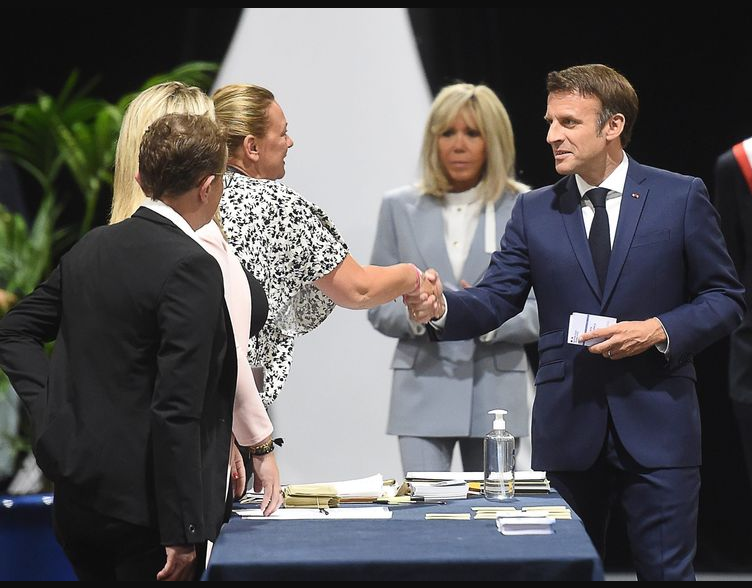 President Emmanuel Macron of France lost his majority in France’s Nation Assembly on Sunday. President Macron lost Sunday’s legislative elections against the left-green opposition alliance and surge from the extreme right. This means that the former President will have to spend most of his time negotiating and striking deals with the opposition parties if he wants to stay in power for the next 5 years.

This also represents the loss of his power to create new laws of his own free will. Now his ministers are bound to face hurdles and difficulties while performing their duties. The interior ministry displayed the results on Monday.
The results showed that Macron’s party Ensemble together with his alliance had only been able to win 245 seats. This amount is far less than the previous 289 in 2017. The newly raised party is known as “The New Ecological and Social People’s Union (NUPES). This political party has predominant and enormous support from the young urban voters. NUPES was able to secure 131 seats within the 577-seat chamber of the national assembly. Marine Le Pen’s far-right Rassemblement National also added to the loss of Macron’s party.

MLPRN won about 89 seats in this election. It is the highest number of National seats this party has won since the previous legislative elections. Moreover, Conservative Les Republicains and its partners have won about 74 seats.
Elisabeth Borne, who has served as Macron’s prime minister, has made a speech about the results. In her post-election speech, she said that the situation caused by the results is “uncommon”. This represents “a risk for the country” she added. Moreover, Bruno Le Maire, who served as a finance minister declared the results disappointing.
The Prime Ministers vowed that the government will make necessary arrangements to run the country smoothly. This may include making deals with the opposition to work together to achieve full employment throughout the country and fight off the climate change problems.
This unimaginative turn would surely have a huge impact on the country’s future. But for now, Macron is only trying to bring the opposition and his party members on the same page for the sake of the country