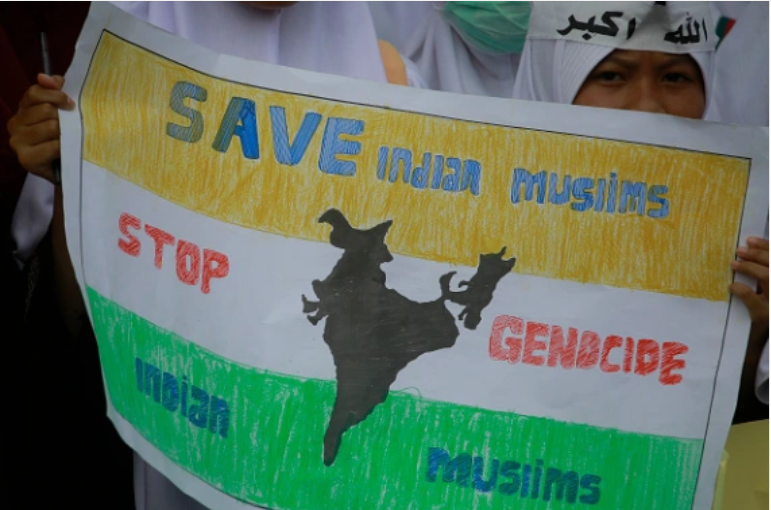 Millions of Muslims face problems such as religious and racial discrimination, ethnic cleansing, war crimes, crimes against humanity, and even genocide. Explaining that the Modi government has ‘seduced India on the basis of hatred and envy towards Muslims’.
Ambassador Zamir said, Muslim are facing problems under the guise of “slaughtering cows and eating beef, marrying Hindus”, while “attacks on mosques, forced conversion to Hinduism, removal of Muslim names from the streets, sale of Muslim women on mobile apps and an open call for genocide against Muslims” have been normalized in the country’s national discourse. Zamir said the Modi government is using the Citizenship Amendment Act (CAA) as a weapon to disenfranchise Indian Muslims and force them out of the country.

Hassan Abedin said that political leaders in Asia are exacerbating problem of anti-Muslim sentiment by making inflammatory speeches for electoral gains. He is the Head of the Department of the Muslims and Minorities of the OIC. He expressed his thoughts during a two-day international seminar on Muslims and human rights in Istanbul. Under the guise of national security, he added, the Muslims are being target and criminalized across India which they themselves call a secular state in India.
Abedin urged the public to find ways to oppose this religious war. Because ignoring anti-Muslim sentiment will only give the attackers more space and opportunities. We must appreciate the leaders who took concrete action after the Christchurch attack, Abedin said. He also applauded during emergency meeting held in Istanbul in 2019 to discuss terrorist attack on New Zealand’s two mosques.
Ambassador Zamir Akram, former Permanent Representative of the Islamic Republic of Pakistan to the United Nations, said this despite moreover 200 million Muslims living in India. A version of fascism is taking hold at the hands of Hindutva.