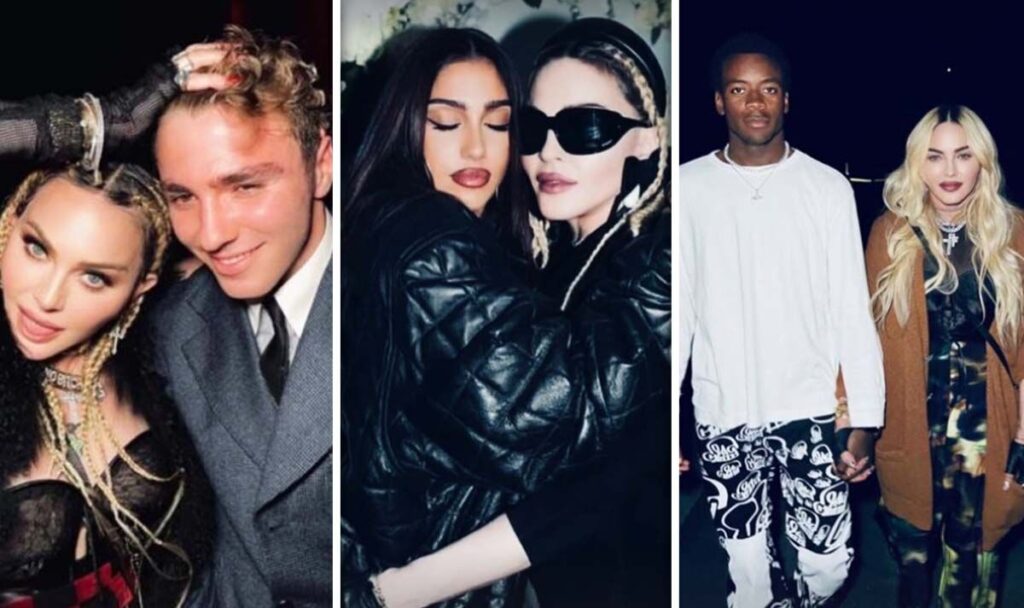 The 63-year-old pop icon celebrated father’s day in a unique way. ‘Who’s the daddy?’ said Madonna and wished herself Happy Father’s day along with the pictures of their children.

The mother of 6 and the pop icon Madonna celebrated father’s day in her way. She wished herself on father’s day along with the photos of 6 children in her stories. It left netizens shocked. She shared pictures of her stories as she commemorated the day.

The glam singer has an ex named Ritchie. She has a son with him named Rocco Ritchie. Rocco is 21 years old and Madonna has shared a picture with him in her Instagram stories wearing a lacey, cleavage-baring shirt and fingerless gloves.

Madonna has sent a message to herself of Happy Father’s day by saying, “Who’s the Daddy”. The singer and actress kicked off proceedings with a Boomerang video of her on Instagram with the caption: “Who’s the Daddy………….”.

She has a daughter named Lourdes with her ex Carlos Leon. She posted a second shot with her on Instagram where she has 18.3 million followers. Madonna and Lourdes were wearing an oversized jacket in the picture as the pair spotted matching glam make-up looks.

Madonna also uploaded a nice snapshot of herself holding adopted son David Banda’s hand as he wore a two-toned black and white outfit and Madonna wore a comfortable sweater over a multi-colored bodysuit.

She also posted a picture with her adopted daughter Mercy James. She wore a graphic print top and an orange cap, while her mother wore a playful multi-patterned tracksuit. Singer and actress also captioned this story with Happy Father’s Day.

On Father’s Day, Madonna also shared a picture of her Father’s childhood. She shared a sweet throwback photo of her father Silvio. She wrote the story the same, ‘My dear sweet father Silvio.’ Madonna has also shared a snap of her children with their grandfather at his vineyard for his 90th birthday last year.