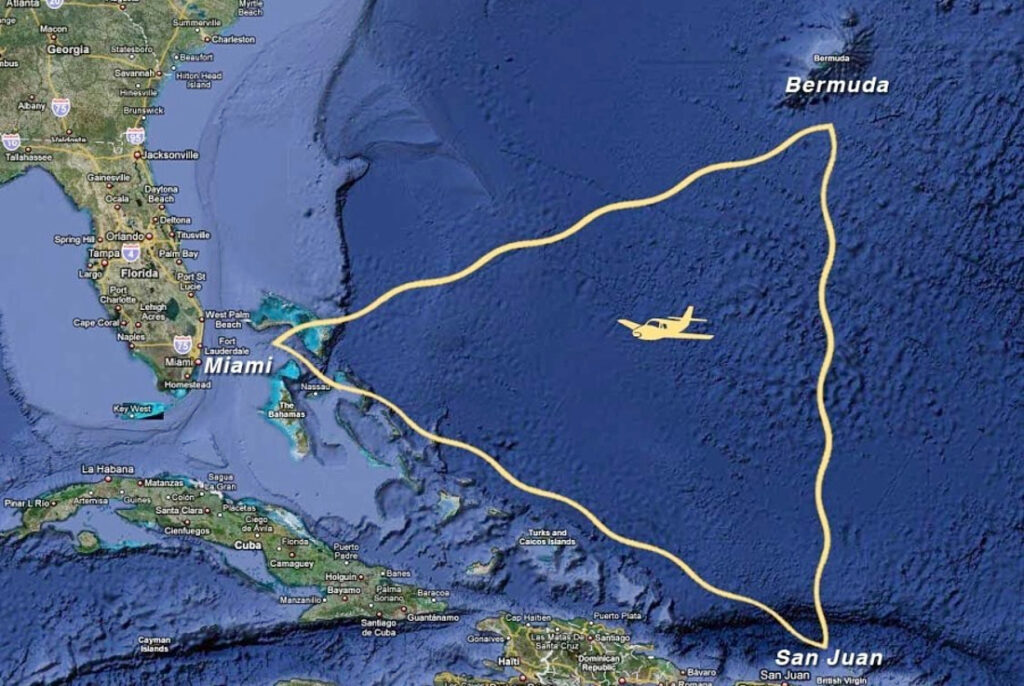 Undoubtedly the most famous and researched mystery of the world is Bermuda Triangle. Scientists has discovered a lot of logical reasons of deaths and disappearances. But main question is still there……why???

The Bermuda Triangle is one of those strange phenomenon that everyone seems to know about, but no one knows the truth behind it. It’s kind of like Area 51. The Bermuda Triangle, also known as Devil’s Triangle, is located in the Atlantic Ocean, between Miami, Bermuda and Puerto Rico. This is the place where annually 4 planes and 20 ships get missing under mysterious circumstances. So far no-one has logical answers on such incidents.

It started in 1945 when 5 American army planes and 14 people get missing at this point. Last words from one of the pilot were “We are entering white water, nothing seems right. We don’t know where we are, the water is green, no white“. At that point the matter solved abruptly as “Cause Unknown”. Later in 1964 same incident happen with local plane. In mid-1980s, 25 small planes disappeared while passing through the Bermuda Triangle. No body or spare part recovered after the incident.

In the most recent example a Malaysian plane MH310 went missing on the exact same location in 2014. After five years a small spare part of plane found near the coast but rest is still missing. What about the people on board or things, nobody knows.

After the continuous incidents this area starts calling as Bermuda Triangle. Triangle refers to the locations where each incident reported. Scientists trying hard to know the real reasons for these mishaps. Following are few famous reasons so far.

These reasons are so famous in general public. A lot of movies, book and documentaries made on Bermuda, validating these speculations. Few stated bellow

Now after years of research and study, scientists are agree on these reasons that may have happen at Bermuda triangle. Now these are just theories and logical reasonings, valid proofs are yet to found.

Various other reasons explained in this matter. One is Electronic Fog that can caused by major traffic of ships and planes. It tried and tested in the lab that electronic fog can cause unusual circumstances. Water is unpredictable in each scenario. Sometimes water can be really cruel for your fate. Now in modern world it also believed that there is No Mystery of Bermuda Triangle exists. These are mere stories and few sad incidents to validate them. These are true or not, find it for yourself.