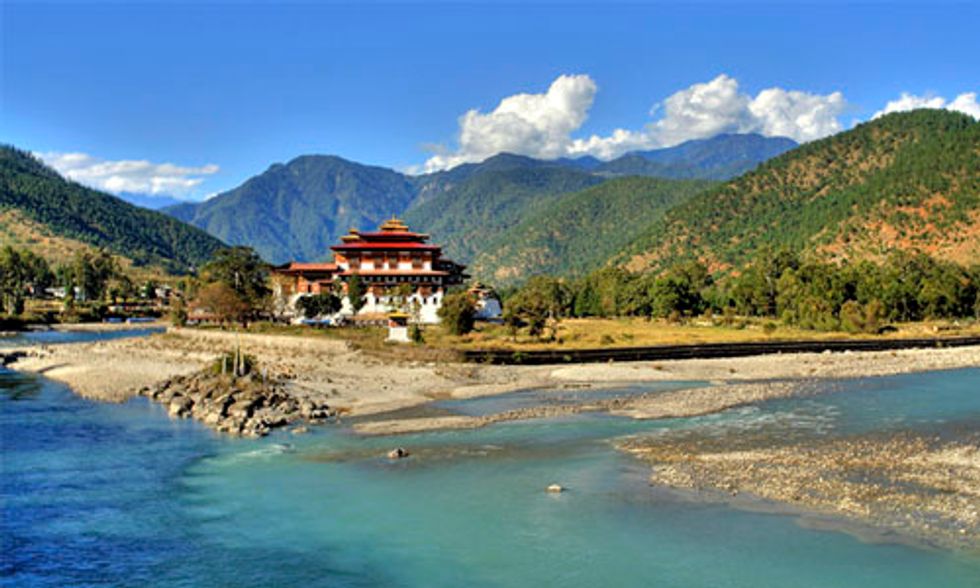 Not Carbon Neutral but Bhutan became the first Carbon Negative country on planet earth. They are offering other countries to come forward and make this world a better place to live in.

World is so much into technology and gadgets that they almost forgot about environment. Each year tons of carbon released in the air from factories. This carbon emission caused the hole in the ozone layer. Moreover the direct UV rays from sun is damaging the balance of the earth weather. In this chaos and fuss, one country came forward who actually cares about the environment more than technology. Bhutan a small land resides between China and India, emerges as the first carbon negative country in the world.

Bhutan maybe is a small country but they are taking biggest initiatives to save world. The total population of Bhutan is 820,000 but they all are keen towards environment. Instead of Gross Domestic Profit (GDP) they calculate Gross National Happiness (GNH) of the country. This study includes four aspects of society.  Sustainable development, environmental protection, cultural preservation, and good governance marks the nation’s happiness. Bhutanese Government has taken many steps to achieve this goal. A 2015 survey found 91 percent of Bhutanese people were narrowly, extensively or deeply happy.

Government starts using GNH in 1972 to measure happiness in the country. In 2009 they starts applying policies that helps to reduce carbon emission from factories. They made sure that the forest must not be reduced from 60 percent at any cost. Even they banned logging and prevent people to cut trees for fuel purpose. Right now they have 72 percent of active forest in the country. They introduced volunteer planting in the country, by this practice they made a world record of planting 49,672 trees in an hour.

Conspiracy theories about the Bermuda Triangle

Bhutan emits around 1.2 million tones of carbon every year from its industry. But due to heavy foresting, trees absorbs around 6 million tones carbon annually. This makes the country not carbon neutral but carbon negative. They promote hydropower instead of fuel or oil based source of energy. 80 Percent of country is using hydropower.

They made a contract with Nissan to make electric cars. It helps people to save gas and save environment. Since roads starts making in 1960s so car purchase among people is rare and slow. they even subsidized the LED lights and bulbs to increase its use in general public.

The Clean Bhutan and Green Bhutan campaign has taken a lot of steps to beautify the country over the years. Government is considering going paperless to save further betterment. The country is now aiming to grow 100 percent organic food by 2020s, to produce zero waste by 2030, to generate zero net greenhouse gas emission and to increase its share of renewables, particularly wind and solar.

His talk ended with the message: “I invite you to help me, to carry this dream beyond our borders to all those who care about our planet’s future. After all, we’re here to dream together, to work together, to fight climate change together, to protect our planet together. Because the reality is, we are in it together.”

Bhutan’s incredible carbon-negative efforts have shown us how we can address climate change with compassion, commitment and creativity and come out on top.