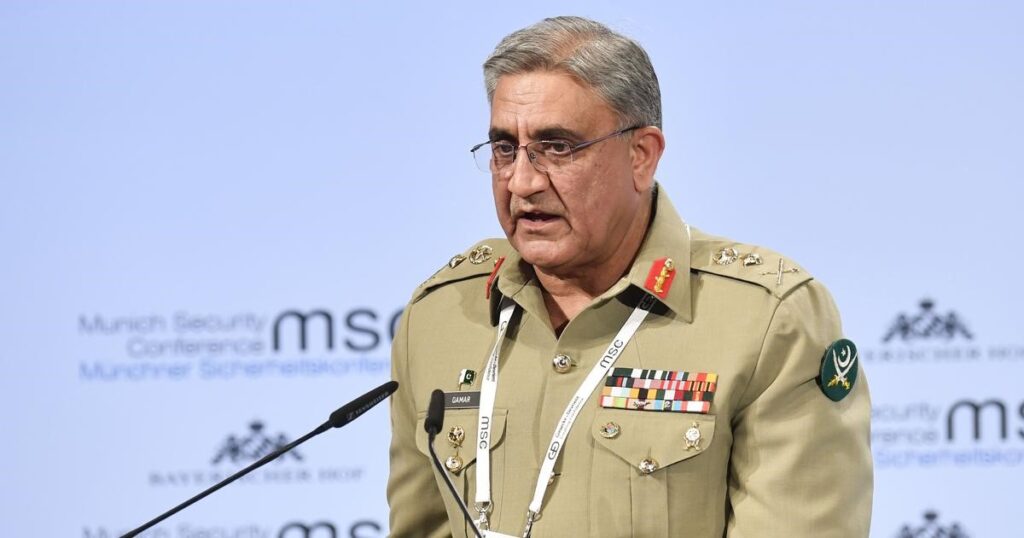 He commented that most people avoided talking about the performance and actions of the Pakistani army in Bangladesh during the 1971 war.

Gen Bajwa condemned the anti-military narrative and rectified some facts related to 1971 Bangladesh war in his concluding address as army chief.

“I want to correct some facts here. Firstly, former East Pakistan was a political failure and not a military one,” said Gen Bajwa.

He continued by saying that there were 34,000 soldiers that were fighting in the war not 92,000 and the others worked for various government agencies.

The Pakistan Genera further claimed that 250,000 soldiers from the Indian army and 200,000 Mukti Bahini members were confronted against those 34,000 soldiers.

“Against these heavy odds, our army fought bravely and gave exemplary sacrifices which were acknowledged by Indian army chief field marshal Manekshaw,” he said.

General Qamar Javed Bajwa also mentioned that the military has illegally meddled in politics for years, but it will stop now. Not only has this but Pakistan Army come under criticism for many reasons particularly from former Prime Minister Imran Khan after he had been removed in April. Gen Bajwa said he defended army wholeheartedly after being accused in many ways.

“In my opinion, the reason for this is the constant meddling by the army in politics for the last 70 years, which is unconstitutional. That is why, since February last year, the military has decided they will not interfere in any political matter,” he said.

“The reality is that in Pakistan, institutions, political parties and civil society – they have all made mistakes. It is time we learn from them and move forward,” the Pak general added.

Gen Bajwa was appointed as Army Chief by 2016 and retiring by the end of this month. He commanded Pakistan Army for 6 years.

Shahbaz Sharif, the prime minister of Pakistan, is anticipated to announce his successor soon.