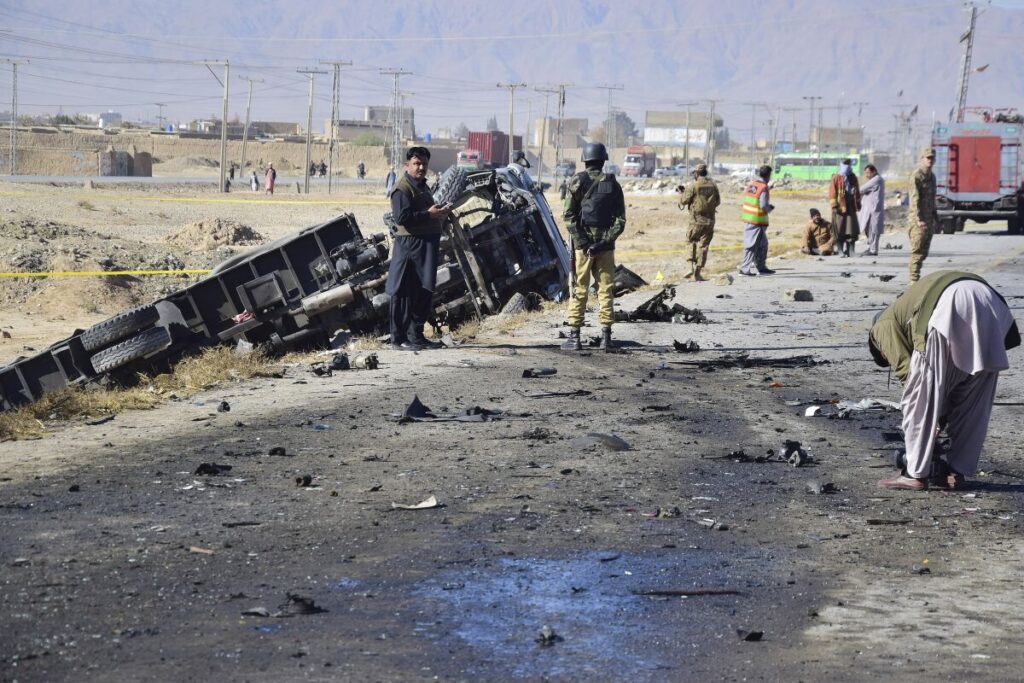 Tahreek Taliban Pakistan (TTP) has targeted Quetta again. A suicide attack on a police car claimed at least four lives in the deadly attack. The authorities have assigned the officers’ security detail to watch over polio teams. The terrorist organization claimed in a statement that the murder of Omar Khalid Khorasani was the reason behind the atrocity. In August, a car bombing in Afghanistan claimed the life of the infamous militant.

The violent campaign of the TTP against the government has sped up over the last few weeks. The most significant attack have occurred in the Lakki Marwat district of KP last month. At least six police officers lost their lives in a series of deadly attacks. But unless the security establishment and political leadership decided to strike hard. The authorities took the decision to put an end to this evil in the early stages. The Quetta attack marks the start of a violent post-ceasefire campaign by the TTP.

Unfortunately, the bloody history of the TTP is all too well known throughout the country. So it would be foolish for the authorities to ignore the new threat. However, the Quetta attack happened after the ceasefire had ended. There are some members of the government who are calling for the continuation of talks with the militants. One such official was the special assistant to the chief minister of KP. He said at a seminar in Peshawar that the authorities should deal with TTP with a comprehensive approach. However, the official added that the state should respond if the militants’ launch attacks.

The TTP demanded certain difficult things, such as the release of terrorists and the undoing of the tribal districts’ merger. The government claimed that the demands were unreasonable and impossible to meet. The road ahead will be difficult from this point on. However, difficult situations call for hard choices. It would have been necessary for the state to give up some of its power in order to appease the militant group.

The political leadership and the new military high command must be crystal clear about the aim. The state must not again permit the militants to gain a foothold in the nation. The government must start talks with Afghanistan. The state must assure that Anti-Pakistan terrorists cannot seek refuge even in Afghanistan.