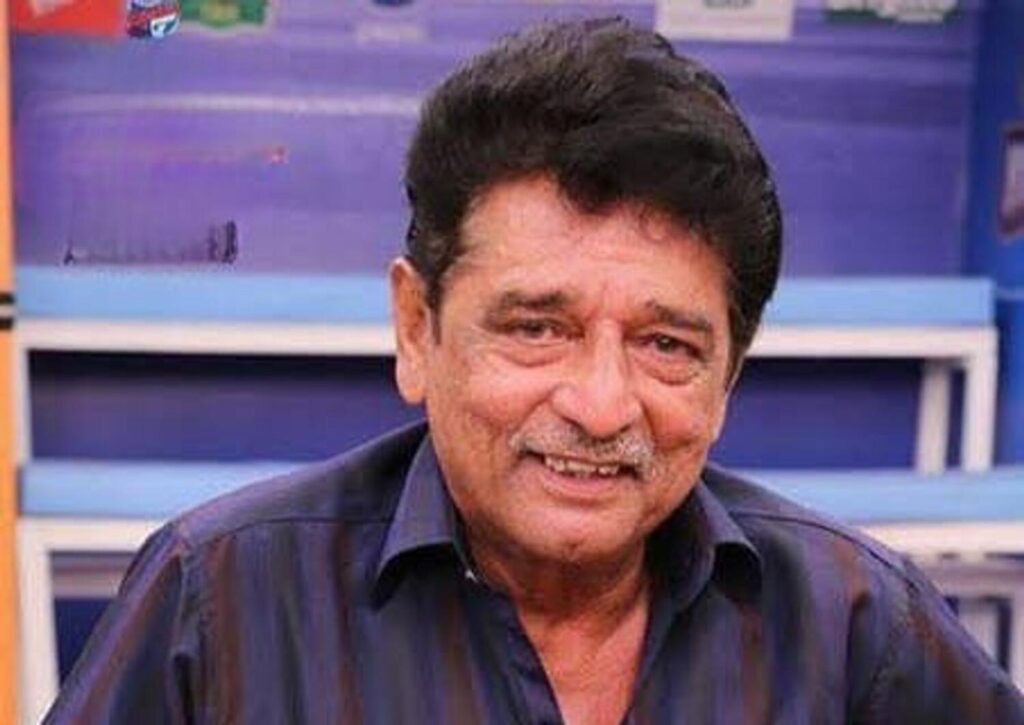 Legendary comedian Ismail Tara died after kidney failure in Karachi on Thursday, according to his family. He was 73 years old. “He was admitted to a private hospital three days ago, but died due to kidney failure,” said his son Shiraz Tara. At the time when Ismail Tara was admitted to the hospital, he was taking care of his family members namely his wife, four sons, and daughter.

Born in November 1949 in Karachi, the versatile Tara enjoyed a storied career on stage, television, and cinema.

He started acting in stage plays in 1964 when he was still a teenager. I. Tara rose to fame through Fifty-Fifty, a comedy show which ran from 1979 to 1981.

He also wrote some scripts for a popular TV show after Anwar Maqsood, the original scriptwriter, had a fallout with the director in 1981. After establishing himself on the small screen, Ismail Tara tried his luck on the big one and soon made a mark there too.

She said that Ismail Tara performed in several stage plays, TV dramas, and films including Fifty Fifty, One Way Wicket, and others.

Meanwhile, Governor Sindh Kamran Tesori expressed deep sorrow and grief over the demise of the comedian. In a statement, Governor Sindh said that Tara played a significant role in the success of Fifty Fifty.

Kamran Tesori said that his services in comedy will always be remembered and prayed for the deceased’s forgiveness.

His death caused a wave of grief among the stage artist community, politicians, and others.