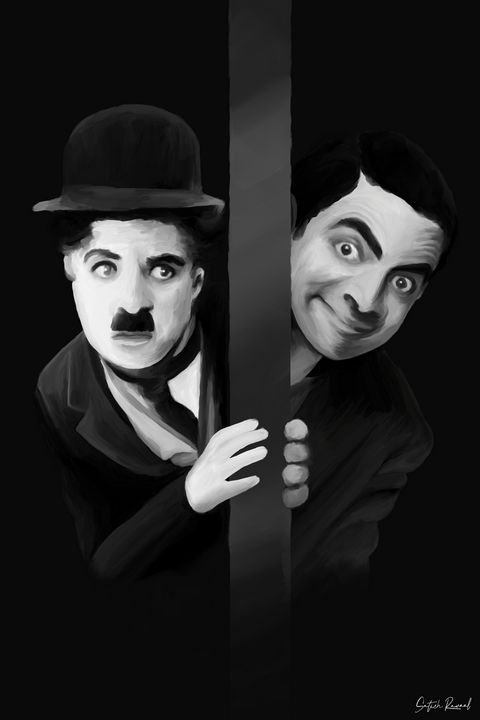 Charlie Chaplin is the all-time King of Comedy, whereas people consider Mr. Bean the best comedian of Modern times. However, it is hard to compare both, as both served in the field of comedy but in a totally different eras. Charlie Chaplin was born in 1889 in London. Whereas, Rowan Atkinson (the actor who played Mr. Bean) was born in 1955 at least a half-century later than Charlie Chaplin.

It seems unreasonable and tough to compare the 2 characters when it comes to comedy. This is because both characters have a strong comedic connection with their audience. If someone considers Charlie Chaplin, they will remember his black-and-white muted movies.

Although these movies did not have any dialogue still, the actions of Charlie Chaplin would make the audience laugh out their bits. On the other hand, Mr. Bean also did not use any particular dialogue to get famous. Most of his early comedic series of Mr. Bean doesn’t have many dialogues in it.

Charlie Chaplin served in the 1900s era. This was the time when the film industry was rising up. It was the time of the industrial revolution. People liked good old humor. Although it was not easy to make people laugh at that time. Charlie Chaplin did it like a professional. He made his first appearance when he was 5 years old. He started his acting career by performing small roles in theatres.

However, in 1906 Charlie Chaplin officially made his appearance with his comedic Charlie Chaplin character. This was the start of an era that would make him the King of Comedy. From 1914 onwards, Charlie Chaplin did some movies with his funny character. People even love to watch his good old black-and-white comedy movies to this day. Queen Elizabeth even anointed him a knight, hence he earned the title Sir Charlie Chaplin.

Rowan Atkinson is a British actor who played the role of Mr. Bean. Mr. Bean is yet again a very iconic figure and character in the field of comedy. He started his acting career in 1983 with a Period sitcom Blackadder. After this, he returned to the screen with his all-time famous character Mr. Bean in 1990.

Although he worked in a time when television screens had volume and he could use dialogue. However, he refrained from using much dialogue and usually make his audience laugh just by performing silly actions. It wasn’t long enough before his character became famous not just in the UK but all over the world. He also acted in a movie series Jhonny English later in his career.