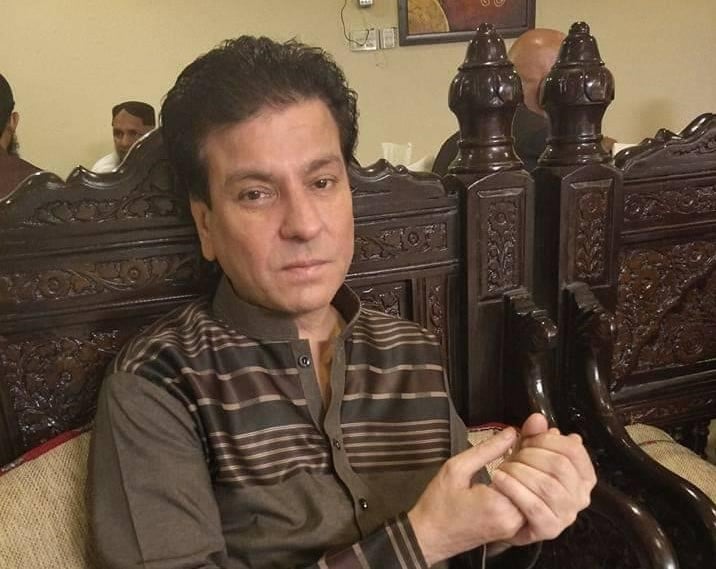 Renowned commercial theater artist Tariq Teddy died on Saturday at the age of 46. The comedian was admitted to PKLI Lahore due to liver problems and required a transplant. He left behind one son Junaid and two daughters Safa and Marwah as his survivors.

Doctors at the Pakistan Kidney and Liver Institute (PKLI) revealed that the late actor was suffering from liver-related health problems, which reportedly worsened over time, leading to his death.

Teddy’s brother Shehbaz had earlier said that he was admitted to PKLI [Pakistan Kidney and Liver Institute] in the first week of November where he was kept in the intensive care unit.

“He is a bit stable now but still in ICU. He was on a ventilator earlier but doctors have now removed the ventilator,” he said after eight days of hospitalization. CM Punjab Mr. Elahi directed the health department to take care of him. The chief minister said that the government would bear the expenses of Teddy’s treatment.

The king of laughter, Tariq Teddy was born in Faisalabad in 1976 and started his career in the arts in 1990. From Mama Pakistani to Abhi Se Man Jawan, her contributions to the world of art and theater are remarkable.

He was also known for his comedic acting due to his sharp and hilarious comeback in the 2004 film Salakhaine.

Teddy had a knack for playing clever roles in stage plays and Punjabi films. For forty-eight years, the actor continued to bring smiles to people’s faces with his humor and artistry, regardless of his troubling health problems.

Originally from Faisalabad, Teddy was laid to rest at Shah Farid Darbar in Sabzazar Colony, Lahore. Chief Minister Punjab Chaudhry Parvez Elahi expressed grief over the death of the famous comedian Teddy. He announced that Rs 3 Million will be allocated as financial assistance to his family. “We will not leave the family of the deceased alone in this difficult time. As a comedian, he made many people laugh and spread joy,” Elahi said in a statement.