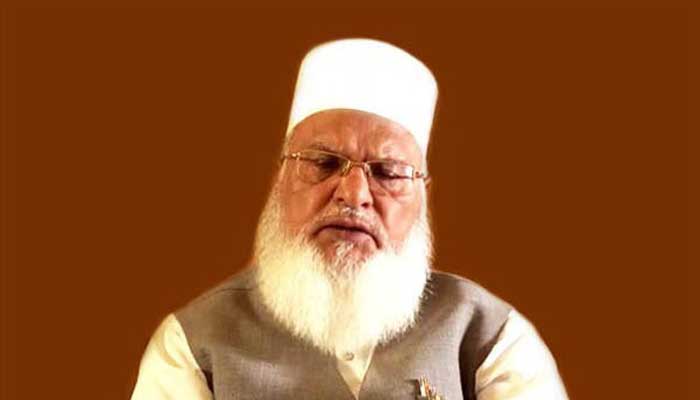 Mufti Muhammad Rafi Usmani, scholar, scholar, and patron of Darul Uloom Karachi, passed away in Karachi on Friday after a prolonged illness. He was 86 years old.
The death of the Grand Mufti of Pakistan has been confirmed by Darul Uloom Karachi and it has been informed that the funeral prayers of the deceased will be offered in the graveyard located on the premises of Darul Uloom Karachi.
Mufti Rafi was born on 21 July 1936 in Deoband, India, to an Ottoman family. Ashraf Ali Thanvi named him Muhammad Rafi.
Maulana Rafi’s father Muhammad Shafi Deobandi was a Grand Mufti of Darul Uloom Deoband and one of the pioneer figures of the Pakistan Movement. The renowned religious scholar Rafi Usmani was the elder brother of the well-known Mufti Muhammad Rafi Usmani. He had also written over 30 books.
Condolences started on the death of the Grand Mufti of the country and President Dr. Arif Alvi expressed his grief while paying tribute to the religious and academic services of this scholar.
Mufti Rafi Usmani rendered valuable services in the field of Fiqh, Hadith, and Tafsir. His religious and academic services, and services for the promotion of religious knowledge,” the President said. JUI-F chief Maulana Fazlur Rehman said that Pakistan has lost a moderate and high-minded religious scholar whose valuable academic services will always be remembered.

He said that Mufti Rafi Usmani had balanced thoughts and ideas and he always presented the true image of Islam to the world through his writings and sermons, keeping a correct position on modern jurisprudential issues.

Mufti Rafi Usmani’s life was devoted to the propagation of Islam. His social and religious services will always be remembered,” Prime Minister Shehbaz said, adding that the Muslim scholar had rendered his valuable services for the unity of Muslims.

The Prime Minister said that may Allah grant the deceased a high place in Jannat al-Firdous and grant patience to the bereaved.
Sindh Chief Minister Syed Murad Ali Shah also expressed grief over the demise of the eminent religious scholar.

Chief Minister Murad expressed regret and said that the death of Mufti Sahib is a great tragedy for the world of Islam, his religious services are eternal.

The Chief Minister prayed for Mufti Rafi Usmani for a high position in Jannat al-Firdous.