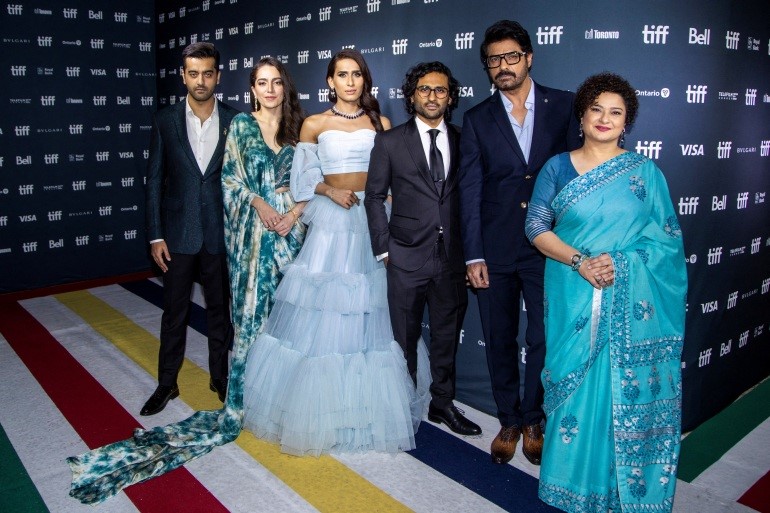 The film depicts a love affair between a man and a transgender woman. It was about to be released on November 18 in Pakistan.

The film was cleared to release in theaters in Pakistan by the country’s provincial as well as central censor boards in August.

Due to complaint of having ‘highly objectionable material’ in film by a religious party leader compelled the federal censor board to disallow the screening of film, and to proclaim the movie ineligible for the “whole of Pakistan”.

Under pressure, the Shehbaz Sharif government formed an eight-person committee on Monday to “consider on grievances” over the issue about banned Joyland film. By Tuesday, the committee must submit its report.

Also See: The Legend of Maula Jatt is the first Pakistani movie to enter 100 Crores club

“This is a very confusing situation. Earlier the board granted a certificate and suddenly [it] has been taken back.”

“We are taking every democratic and diplomatic and legal means available to our end to try and sort this out and we hope that better sense will prevail.” Said the director Saim Sadiq

Sadiq received the Young Cinema Award at the Asia Pacific Screen Awards in Australia before the day it was banned in Pakistan.

Author Fatima Bhutto tweeted praise for the movie in a thread and said Joyland is a “beautiful, honest and intelligent film and it should embarrass the state that people all over the world can watch it except people at home.”

“The censorship of Joyland is senseless. Pakistan is teeming with artists, filmmakers, [and] writers and has a cultural richness and more importantly bravery that the world admires. A smart state would celebrate & promote this not silence and threaten it.”