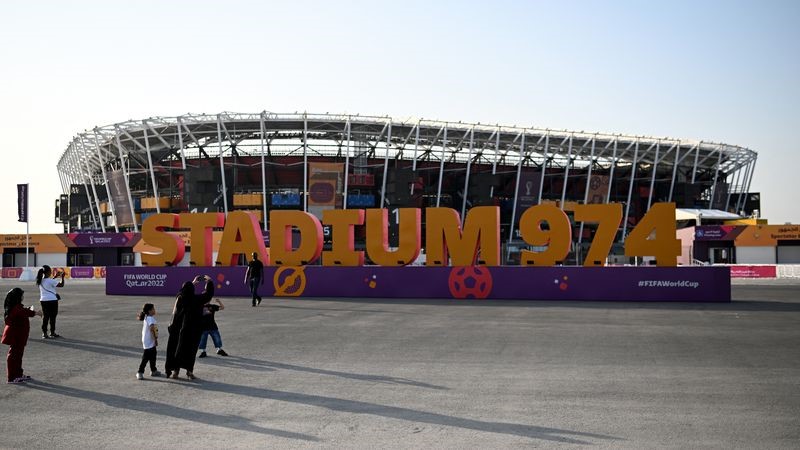 Stadium 974 is a football stadium in Ras Abu Aboud, Doha, Qatar. It is first temporary stadium ever used at a World Cup achieving five star rating under the Global Sustainability Assessment System, reported Qatar news agency. FIFA Stadium 974 is incredibly made stadium with containers catching attraction of all over the world.

The capacity of Stadium is 40,000. It is constructed with prefabricated and steel materials which reduced construction time and waste dispose.

Stadium 974 received both a category A* construction management grade and a five-star GSAS design and build classification under the rating system, which was overseen by the Gulf Organization for Research and Development.

974 establishes new norms for the design and use of sustainable venues as the first FIFA-compliant stadium that can be completely demolished and repurposed after an event.

Sustainability executive director, Bodour Al-Meer, “By achieving these high ratings, our efforts in making stadium 974 a reality is truly rewarding for everyone who was part of this unique project from the beginning”.

Comparing to conventional stadium, the football ground reduced its water supply by 40 percent.

Al-Kuwari said: “Sustainability has been the primary focal point with stadium 974. To receive top GSAS certification marks from GORD is further confirmation of our efforts to establish new, sustainable concepts of stadium design and constriction that we hope will be adopted worldwide.

Stadium 974 is also a proud example of the legacy we intend to leave from Qatar’s hosting of the FIFA World Cup 2022,” he added.

Also See: Eight teams that miss out to qualify for this year’s FIFA World Cup 2022

Chairman of GORD’s, Dr. Yousef Alhorr, said: “We congratulate the SC for taking the concept pf building a fully-demountable stadium and turning it into an example of outstanding green building practice.”

Seven games will be held at Stadium 974, starting on November 22 when Mexico takes on Poland.

The eight venues used for FIFA World Cup 2022 matches have all received at least a four-star grade from GSAS.