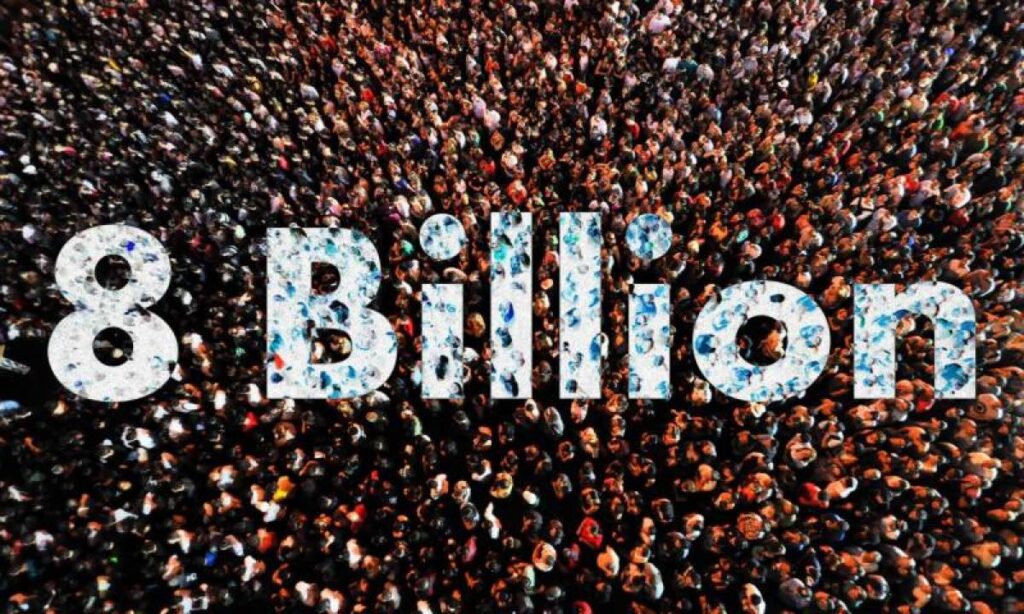 As the world has progressed in terms of science, technology, and most importantly medicine. The death rate became far less than the growth rate. This simple shift caused the world population to grow past the project scores. The world’s population now stands at a huge 8 billion number. These 8 billion people are spread all across the world, however, there are still many countries with fewer people. According to United Nations, the world population has increased from 7 billion to 8 billion in just 11 years. The United Nation also said that these numbers are somewhat inaccurate because it is impossible to collect real-time data from all over the world.

Moreover, according to the United Nations report, much of the growth rate came from poor countries. UN experts estimate that at least 70% of the 1 billion growth came from Sub-Saharan African countries. This is because of a lack of education and no safe-sex practices in these countries. However, many other factors also constitute the problem of overpopulation.

There are many reasons for this rapid growth of population all across the world. In the past, there were huge wars that would cost the lives of millions. Moreover, a lack of medical knowledge and the death rate of newborns was massive reason for the balance in world population. However, this is not the case now. Only a few countries in the whole world face the threat of war. Moreover, the progress in medical science has increased the life expectancy of many people around the world. Besides that, the death ratio for newborns has decreased due to excellent medical facilities. All of these reasons have resulted in this tremendous growth of the world population.