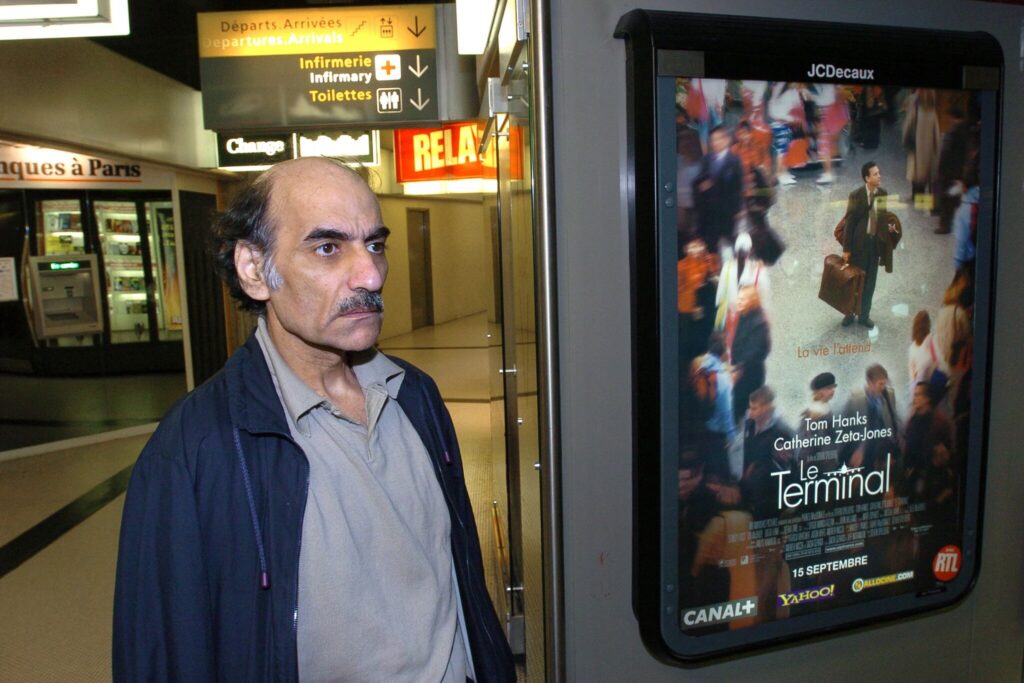 We all loved the movie The Terminal which portrayed a man who was stuck in an airport. The man in the movie started living in the airport as he could not return to his home due to war. People loved the comedy/drama movie from its release till now. However, only a few people know that “The Terminal” was based on a true story of an Iranian man. Sad news came in for the fans of the movie as officials confirmed that the real “The Terminal” guy has died. Mehran Karimi was an Iranian man who lived at Charles de Gaulle Airport in Paris for 18 years. His life was loosely based on Steven Spielberg’s film “The Terminal”.

Authorities said that a heart attack caused Mehran Karimi Nasseri’s death. The death happened around midday in Terminal 2F of the Paris airport. The official claimed that despite their best efforts, police, and a medical crew could not save him. Karimi lived in Terminal 1 of the airport from 1988 to 2006. He was first living there against the law because lack of residency documents. However, he later ostensibly lived at the airport of his own free will.

The Terminal guy made friends with the staff and showered in the staff restrooms. Moreover, the staff said he kept a journal, read magazines, and observed the departing travelers. The staff has reportedly said that he would sleep on a red plastic bench at the airport every year. He also gave an interview to the Associated Press in 1999 while smoking a pipe and relaxing on a bench.

He told the press that his passport or transit visa has yet to arrive. Mehran Karimi was born in 1945 in Masjid Soleiman. The British ruled the area at that time. His father was Iranian while his mother was British. While he was living at the Paris airport, the french police arrested Karimi. However, they could not deport him anywhere because he had no identification.

The Terminal guy then started living at the airport but was checked into the hospital in 2006. After that, he moved to a shelter in Paris. People who befriended him in the airport asserted that the years he spent living in the roofless area had a detrimental effect on his mental health. The airport representative claimed that Mehran Karimi had moved back into the Charles de Gaulle residence a few weeks before he passed away.