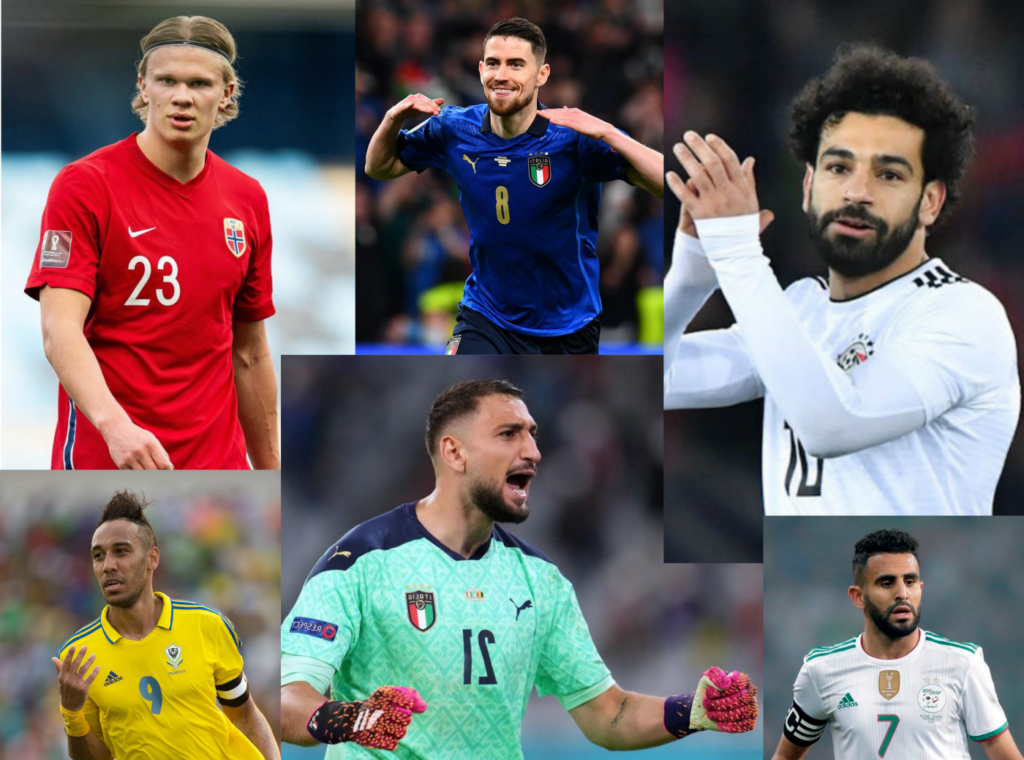 There are eight teams that have missed out on the opportunity to qualify for this year’s FIFA World Cup 2022. Italy and seven other nations did not receive a spot in the FIFA World Cup 2022 this time. Fans appear to be in for an unexpectedly thrilling time with just over a month until the FIFA World Cup in Qatar begins. Italy, a four-time World Cup champion and European champion, did not make it to the FIFA world cup.

However, Italy is not the only well-known team that failed to secure a spot. These are the eight teams that will not be competing in the FIFA World Cup in 2022.

Russia was politically kicked out of the FIFA World Cup in Qatar as a result of its invasion of Ukraine. FIFA was considering the team to be among the favorites to represent Europe after reaching the quarterfinals.

The nation’s defeat to North Macedonia in the playoff semifinal in March prevented it from moving on. They only managed one victory and four draws in the ensuing five games. They moved on to the playoffs after taking second place. But they were unable to score, so they were denied World Cup qualification for the second time in a row.

Colombia had high hopes of qualifying this time. This is because of James Rodriguez, a former World Cup Golden Boot winner, and strong showings at the previous two tournaments. Colombia was one of the favorites to qualify for the FIFA World Cup 2022. However, Colombia came in sixth place, one point behind Peru, which won the playoff spot after the top four teams qualified.

The nation has competed in 12 of the first 21 world cups. Their trip to Qatar was abruptly cut short. Sweden dropped three of their six games in the 2021 second leg of qualifying. The team finished second in their group behind Spain before losing to Poland in the playoffs.

Since the 1930 inaugural tournament, Chile has participated. They even hosted the competition in 1962 and came in third. They had only managed one victory in their previous four Qatar 2022 qualification games. In a later attempt to have Ecuador disqualified, Chile asserted that Byron Castillo was Colombian and therefore ineligible to represent Ecuador, but FIFA overruled Chile.

When Nigeria played in its first World Cup match in 1994, it quickly became a fan favorite thanks to its attacking style of play and entertaining goal celebrations. Nigeria’s hopes of playing in front of the Nigerian ex-pat community in Qatar this year were dashed, however, when they drew their playoff legs against Ghana. However, based on an away goal, the latter team was able to secure a spot in the FIFA World Cup 2022.

As a result of a late extra-time victory over Cameroon in their playoff match, Algeria was just inches away from advancing to the finals. However, Karl Toko Ekambi of Cameroon scored just before the final horn to guarantee his nation’s spot at the FIFA World Cup. The qualifying race had one of the most exciting finishes.

Due to the FIFA World Cup’s Middle Eastern location, the sizeable ex-pat population in Qatar, and Mohamed Salah’s captaincy, Egypt was the clear favorite. However, Egypt’s chance to advance to the World Cup was lost when Salah and two other players missed their penalties as Egypt drew with Senegal in the playoff.