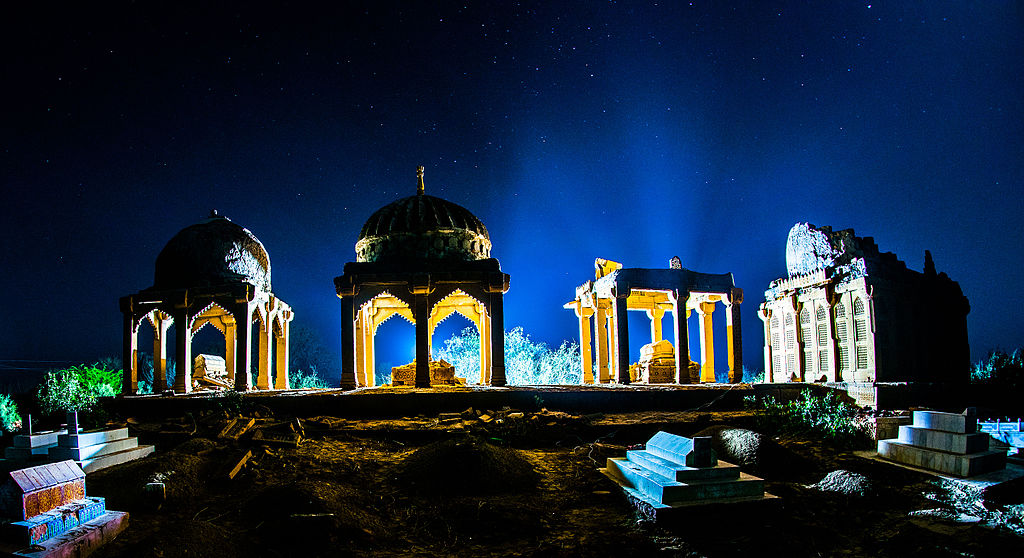 Chitorri is a Historical graveyard of Talpur Mirs. Although it is present in Sindh, however, it has lesser fame than the Makli Cemetery. Makli Cemetery is the most famous Sindh burial site in the world. Chitorri is the historic ancestral cemetery of the Talpur Mirs in Mirpur Khas, Sindh.

The first Talpur, buried in this cemetery, was Mir Masu Talpur. The Talpur rulers built these sandstone tombs in the area. Chitorri is one the best example of Sindh architecture. The rulers of Talpur built these tombs over their elders’ graves. They initiated this project somewhere in the 17th and 18th centuries. These beautiful shrines combine the Islamic and indigenous architecture of Rajasthan.

The site also has cultural value among the people of Sindh. People believe that in the past, Talpurs wished and felt honored if people would bury him at Chitorri. Humans and peacocks visit the site for a peaceful environment.

The cemetery belongs to the Talpur period (1783 – 1843 AD). They buried people from the Talpurs who hold known positions within their dynasty in this graveyard. According to the keeper of the tomb, Talpurs buried their first leader Mir Masu Khan Talpur as the first person that was buried in this graveyard.

The Ministry of Culture from the Government of Sindh has restored as well as renovated this historical site. Chitorri Cemetery is an important historical and architectural site to visit for those seeking peace. Also, for students who want to gain more knowledge.

The cemetery has aesthetic value. It’s captivating and enjoyable. There are many historic places to visit in this area, but this one is the best. The government once decided to restore the tombs for tourism. Many tourists that visit the place say that the government has done a fine restoration job on these ancient tombs.

Tourists can clearly watch and observe the history of the Kalhora as well as the Talpur dynasties in this cemetery. A large amount of Rajasthani stone came from India for these tombs. The Chitorri cemetery comprises twelve structures. This includes structures such as four canopies in yellow cut stone, five tombs in yellow cut stone, as well as three tombs in baked brick.

Moreover, The shrine of Mir Fateh Talpur, who played a pivotal role in supporting Sindh, also lies within this cemetery. Besides that, ancient people have buried many martyrs from the Battle of Dubba here.