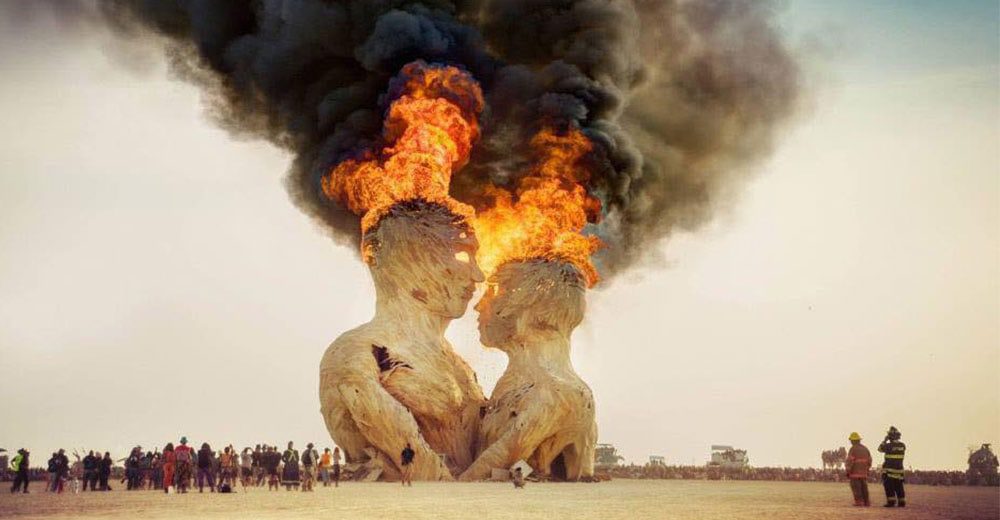 The Burning Man festival occurs every year from the 28th of August to the 5th of September. This festival occurs in the Black Rock Desert of Pershing County in the state of Nevada, USA. This festival is happening for around 3 decades. The event is mainly focused on various aspects such as community, self-expression, and self-reliance. The name of the event might seem somewhat scary but don’t worry it’s just a name.

The name of the event is due to the symbolic burning of a large wooden statue that resembles a structure of a Man. Larry Harvey and Jerry James are the founders of this world-famous festival. The Burning man festival has a total of 10 basic principles. These principles include basic social ethics such as radical inclusion, gifting, decommodification, radical self-reliance, and radical self-expression. Along with these core values, participants also focus on communal effort, civic responsibility, leaving no trace, participation, and immediacy.

The burning man festival was first organized on June 22, 1986. This festival has been in place ever since. Moreover, every year thousands of people from all over the world including locals visit this festival. The festival does not have any specific sequence of events. The 9-day festival starts with the burning of a large wooden structure. After that people are free to enjoy and dance to the beats of the music played across the festival. The event leads up to Labour day, which is a public holiday in the United States of America. The organizers of the event claim that around 79,000 people attended the festival in 2019.

The burning man festival is a huge attraction for social media influencers, celebrities, and even tech elites. The most unique thing about this festival is that it does not have any sequence or a specific organizer team that sets the sequence of events for the whole festival. The founders claim that it is a people’s festival. This is why people who come to attend design and celebrate the event entirely by themselves. However, the Burning man project is a company that leads the event and provides people with everything they need during the event.

The burning man festival is a world-renowned festival and every year millions if not thousands of people visit the festival to enjoy the freedom of the soul.