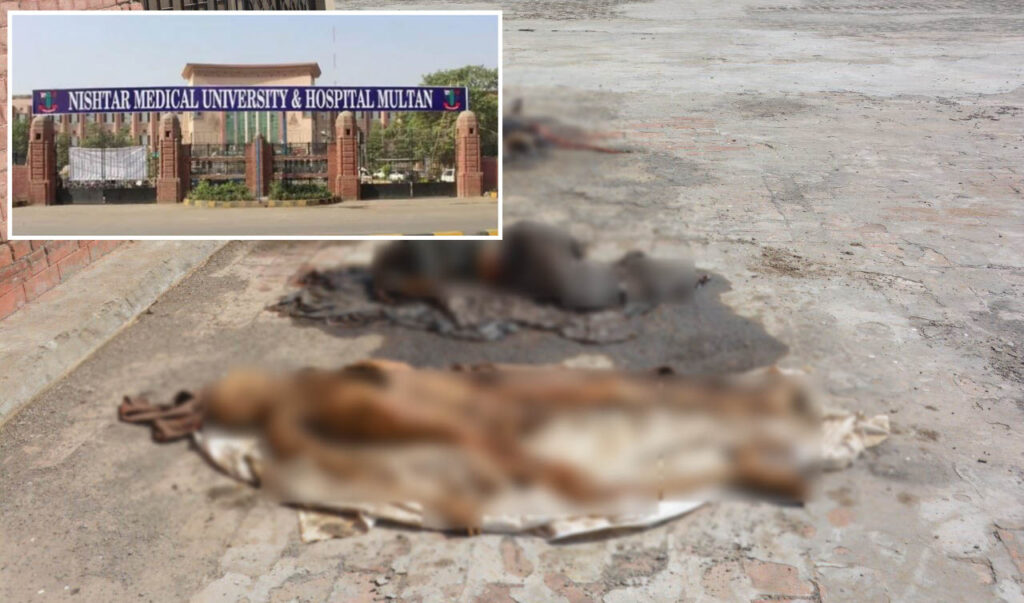 A viral video left people gutted when they saw this brutal side of humanity. In that video, more than 500 corpses left on the roof of Nishtar hospital as food for crows, eagles, and maggots. Hospital authorities denied all the accusations of this act.

Recently a question raises humanity when in a viral video a hospital mocked humanity on a clear day. In that video, you can see piles of unknown rotten dead bodies that are left on the roof of Nishtar Hospital, Multan. Eagles, crows, and maggots are living on them freely. This horrendous act is done by none other than the largest hospital in Multan, Nishtar Hospital.

On receiving reports of abandoned bodies on the hospital roof. The Punjab chief minister ordered his Adviser, Chaudhry Tariq Zaman Gujjar, to pay a surprise visit to the medical facility and submit a report after reviewing the situation. Contrary to initial reports of the presence of 500 bodies. Only four were there, as could be seen in a now-viral video of the CM adviser’s visit. The rest were either dumped or buried accordingly.

Dr Maryam maintained that the practice of putrefying bodies on the roof of NMU would continue until the SOPs changed. She added that the incident was an attempt to politicise the issue.

“We have cold storage where we keep bodies. The police bring unidentified bodies to the hospital. The decomposition process in these bodies has already begun. These bodies are kept in rooms on the roof. All of this is done by the guidelines of the home and health departments. The impression of 500 or 5,000 bodies being present [on the hospital roof is entirely incorrect,” she added.

However, it will be clear after the investigation whether Nishtar Hospital was doing it deliberately or not. Some agencies are making tied with missing Baloch people. Few are saying, these rotten corpses are unclaimed bodies in any accident or calamity which were brought to Nishtar Hospital. But whatever it is, it is not appropriate to throw anybody under the open sky to rot. Moreover, a through investigation should conduct and make this situation very clear as soon as possible.