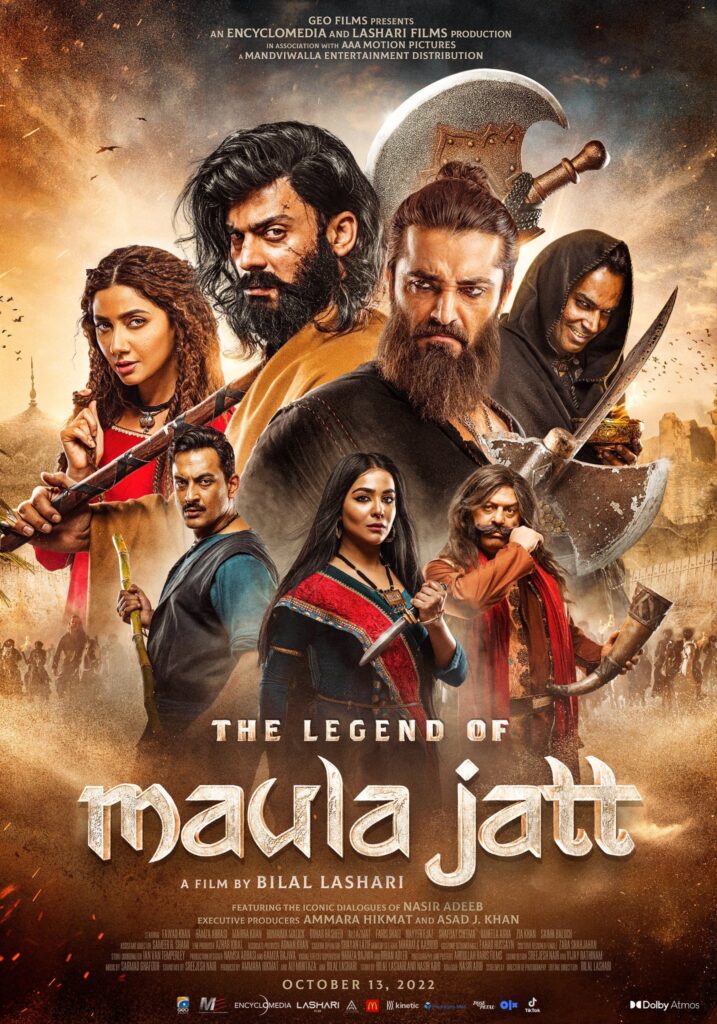 Bilal Lashari’s most anticipated movie premiered today in Lahore and Doha. All the cast and crew of “The legend of Maula Jatt” attends with full glitz and glam. The director issued a warning for watching his movie as well.

The Legend of Maula Jatt , by Bilal Lashari, was the most-anticipated Pakistani movie of the decade and the year. It had a special premiere in Lahore yesterday before it came out in theatres today. All of the cast members (except Hamza Ali Abbasi) were there. Along with big names from the media world and entertainment media journalists. The event took place at the CUE cinema. On October 13, 2022, the Premiere will take place at Novo Cinemas in the Mall of Qatar.

On the red carpet, the famous people wore outfits that made a statement. Everyone was a feast for the eyes. From Fawad Khan to Mahira Khan, the stars’ glamorous looks blew us away. However, Mahira Khan opted for a bright pink shimmery western outfit by Faraz Manan, that she had tailor-made for the event. She was seen swaying excitedly with a million-dollar smile at the premiere.

The film is a reboot of the Punjabi cult classic, Maula Jatt, which was released in 1979. And ran in local cinemas for several years. Directed by Bilal Lashari and produced by Ammara Hikmat (Encyclopedia), the movie is Lashari’s take on the “Gandassa” genre set in provincial Punjab in Pakistan. The film tells the story of Maula Jatt (Fawad Khan), a heroic, prized warrior who has a fierce face-off with his arch nemesis Noori Nath (Hamza Ali Abbasi) in an epic battle of revenge for honor and glory. Mahira Khan plays the female lead as Mukkho Jatti with Humaima Malik as Daaro Nattni.

Commenting on Qatar’s role in hosting the Premier. Chief Operating Officer of Qatar Tourism, Berthold Trenkel, said: “Qatar is home to a flourishing arts scene and dynamic film industry. Hosting the global release and premiere of the much-anticipated film, The Legend of Maula Jatt, right here in Qatar is a reflection of the country’s growth as a global destination for arts, culture, and entertainment.”