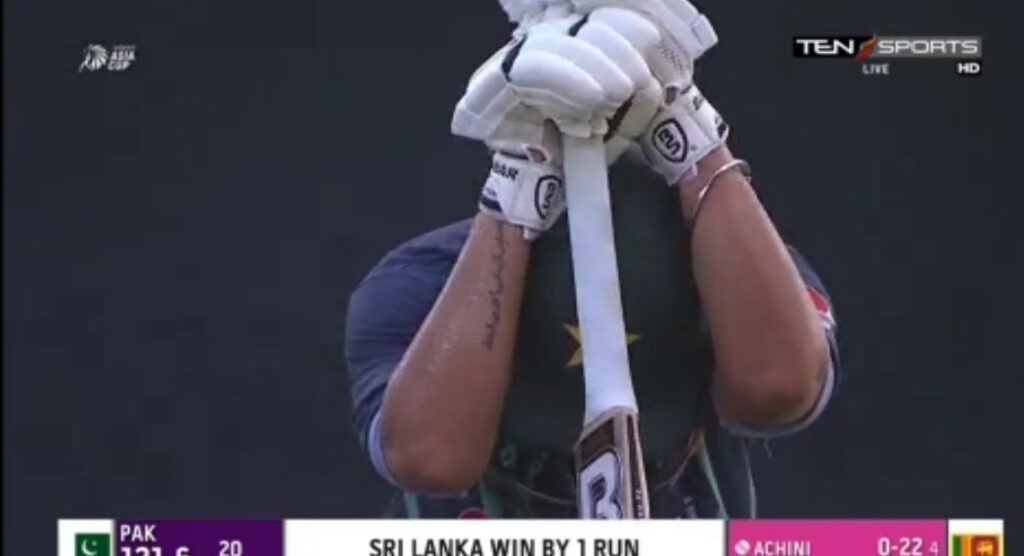 After a great start, Pakistan women’s team lost the semi-finals. The scintillating victory of 1 run makes Sri Lanka the second finalist of Asia cup 2022. Fans are appreciating the team’s effort during the whole tournament.

Sri Lanka women stole an intense 1-run win over the Pakistan women in the Semi-finals of the Women’s Asia Cup 2022 to book their spot in the final against India women. Electing to bat first, Sri Lanka posted a disappointing total of 122 runs in 20 overs. But Pakistan failed to pounce on the opportunity. Pakistan`s Nashra Sandhu picked up three wickets to help her team restrict Sri Lanka to a low total.

At the same time, chasing the target of 123 runs, Pakistan’s team got a straight start. Even the team looked to be in good rhythm, but the Sri Lankan side was bowling straight. However, the turn of the match changed with the second ball of the 18th over when skipper Bismah Maroof was dismissed for 42. Pakistan also suffered a setback on the first ball of the 19th over, while Nida Dar could score a run on the last ball of the innings and was run out. She scored 26 runs. Inoka Ranaveera received the Player of the Match award, but shared it with Achini Kulsuriya.

When the tournament started, fans have no trust in the women’s team. They even mocked them on all the social media platforms brutally. But with all the trolls and criticism, girls reaching in semi-finals is a big achievement. Every team player played well and proved that the women’s team is no less than the men’s team. Win or loss is a part of the game but the courage and dedication we saw during the game were astonishing.