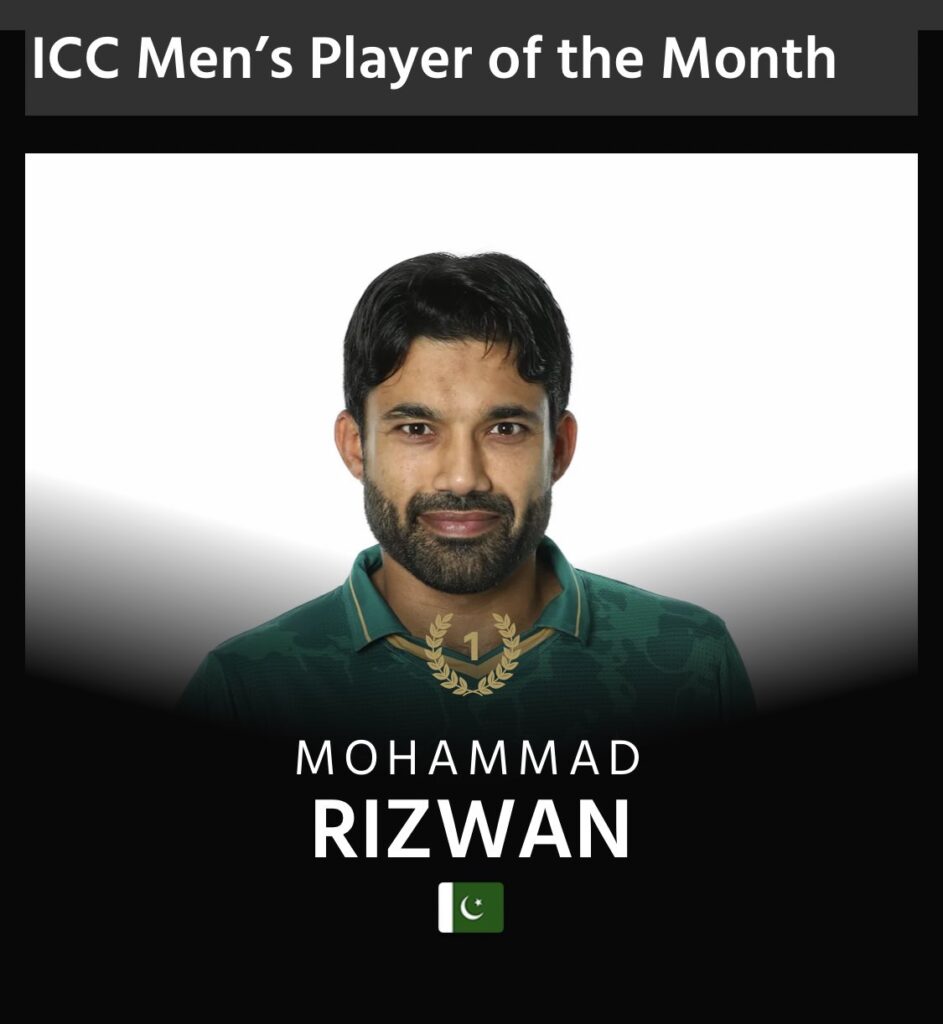 ICC announced the player of the month in both men’s and women’s categories. Pakistani player Mohammad Rizwan and Indian player Harmanpreet Kaur are the players of September 2022. Rizwan is playing consistently and keeps impressing his fans with quality game play.

Pakistan batter Mohammad Rizwan has been crowned the ICC Men’s Player of the Month for September 2022 after some stellar performances. Rizwan beat competition from ace Indian spinner Axar Patel and emerging Australian all-rounder Cameron Green. Who both had a month to remember. Rizwan was in stunning form in September, churning out some sizzling performances in T20Is. The No.1 T20I batter in the ICC Men’s Player Rankings continued his domination in the shortest format of the game. He put his name on the shortlist for the Player of the Month for September.

India captain Harmanpreet Kaur won the ICC Player of the Month award for September. Harmanpreet received the award for her memorable showing in the ODI series in England. The Indian skipper beat her deputy Smriti Mandhana and Bangladesh counterpart Nigar Sultana. Who also came up with some stunning displays.

Reacting to claiming the latest ICC Men’s Player of the Month crown. Rizwan commented: “I would like to thank Almighty Allah and express my heartfelt delight to all that enabled me to achieve this award.

“I want to give my high appreciation to all my teammates as they made things easy for me. These achievements boost your confidence. I am happy with my performance and I would like to take this momentum forward in Australia. “I would like to dedicate this award to the people in Pakistan who are affected by the floods and climate change. Hopefully, this will bring smiles to their faces.”

Rizwan scored seven fifties in the 10 matches that he played in the last month. He blasted with 70+ knocks twice in the Asia Cup against Hong Kong and India. Rizwan finished the tournament as the leading run-scorer with 281 runs in six matches including three fifties. He also remained the top-scorer of the recently concluded home series against England with 316 runs.