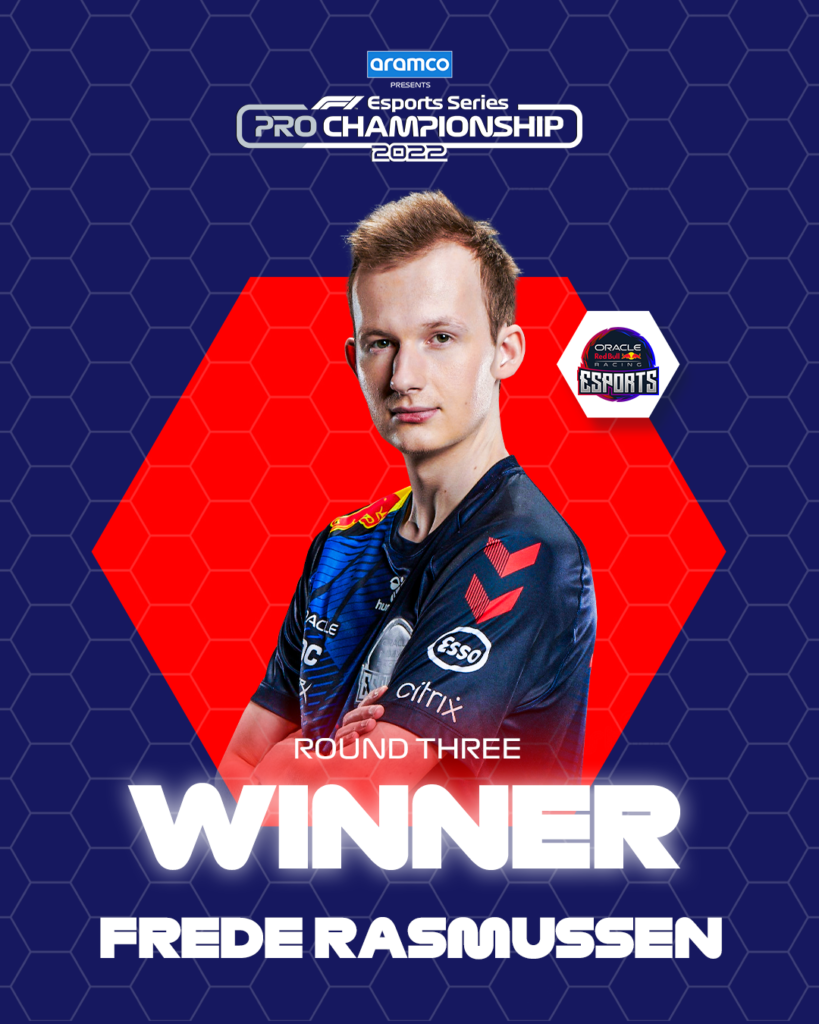 Frede Rasmussen marks his first victory in Silverstone during F1 ESports Series Pro Championship 2022. He calls the track so lucky and feasible for his style. He defeats Ronhaar, Blakeley, and Job respectively.

Oracle Red Bull Racing Esports driver Frede Rasmussen broke his duck on Friday night, claiming victory around Silverstone. Winning the third race of the opening event, the Dane now has his 2022 F1 Esports Series Pro Championship up and running, after a hit-and-miss start.

An uncharacteristic mistake in the curtain-raiser in Bahrain earned him a penalty. He was stuck in a queue for the lead in Imola, unable to pass. Nothing and nobody would stand in his way in Silverstone, though. He crossed the line just ahead of the ever-impressive Thomas Ronhaar.

Rasmussen said “It feels great to have got my first win of the season. Silverstone is a track that I feel I can consistently perform well at and I am so pleased to have won there again. We’ve had a bit of a mixed event, but I think we can come away feeling good. We know where we can improve and I think once we get those issues sorted we will be consistently up there fighting for wins.”

Also See: Using saliva to shine the ball is permanently banned by ICC

As we’ve seen so many times before, Rasmussen then demonstrated why he’s one of the best sim racers around. With ice running through his veins, he set his fastest lap of the race on the final lap. Pulling away from Ronhaar in P2. As he crossed the line, he claimed his first win of the season. Making it back-to-back victories at Silverstone in the process.

Leading duo Rasmussen and Ronhaar came in together and when the pit stops shuffled out, they maintained the lead. The loser in all this was Job, demoted to fourth, with Blakeley taking his spot on the podium.

Rasmussen soared over the line to take his 11th win in F1 Esports, coolly taking the chequered flag ahead of Ronhaar, Blakeley, and Job. Opmeer consoled himself with fifth, followed by Longuet and Leigh.