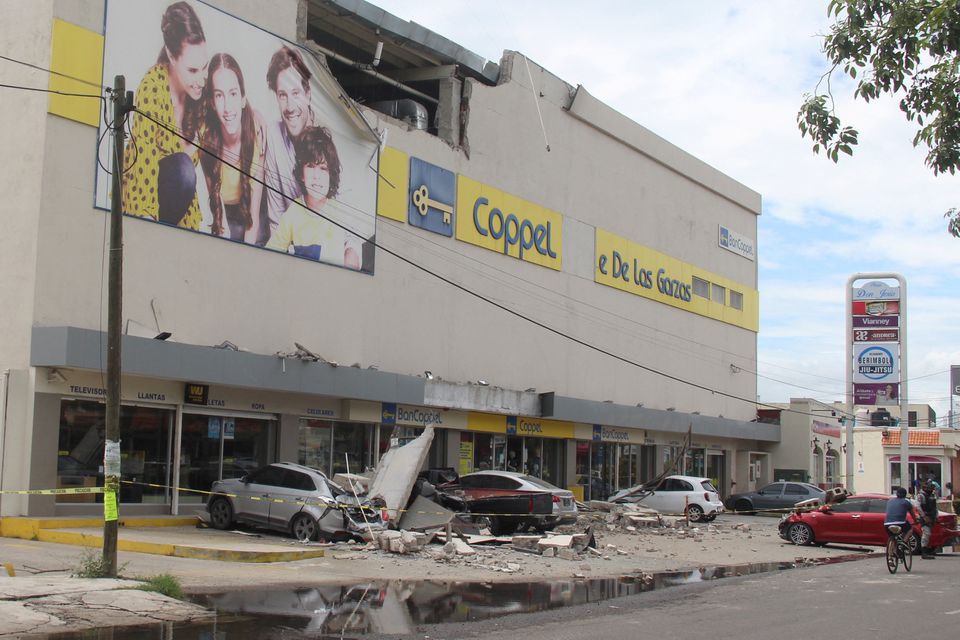 First Taiwan and now Mexico, mother nature are definitely in wrath. The city faces tremors of 6.8 magnitude. According to the news, 2 people die so far.

A 6.8-magnitude earthquake hit southwest Mexico early Thursday, killing at least one person, days after another deadly quake. Like the more powerful quake Monday, the quake was centered in the state of Michoacán. It was detected around 1:16 a.m. at a depth of 12.4 miles, according to the U.S. Geological Survey.

Two died in the Pacific port of Manzanillo, authorities said, one crushed by the facade of a department store. While another was found dead at a mall. Videos on social media showed the roof of the mall collapsed into the top floor, a gym, as people yelled for help.

The U.S. Tsunami Warning Center said a tsunami was possible along parts of the Mexico coastline within about 200 miles of the earthquake epicente. But there was no threat for the U.S. West Coast including California and Hawaii, Weather.com reported. The USGS said the quake was centered 23 miles southeast of Aquila. Near the boundary of the Colima and Michoacán states and at a depth of 9.4 miles.

Mexico City Mayor Claudia Sheinbaum said there were no immediate reports of major damage in the capital after the quake struck. Which rumbled through Mexico on the same day as destructive earthquakes battered the country in 1985 and 2017.

The earthquake rattled an already jittery country. Monday’s more powerful quake was the third major earthquake to strike on Sept. 19 — in 1985, 2017 and now 2022. The 2017 and 2022 Sept. 19 quakes came very shortly after the annual earthquake drill conducted every Sept. 19 to commemorate the devastating 1985 temblor that killed some 9,500 people.

“It seems like a curse,” Isa Montes, a 34-year-old graphic designer in the city’s central Roma neighborhood. Said of the quake’s timing as helicopters flew overhead, surveying the city.