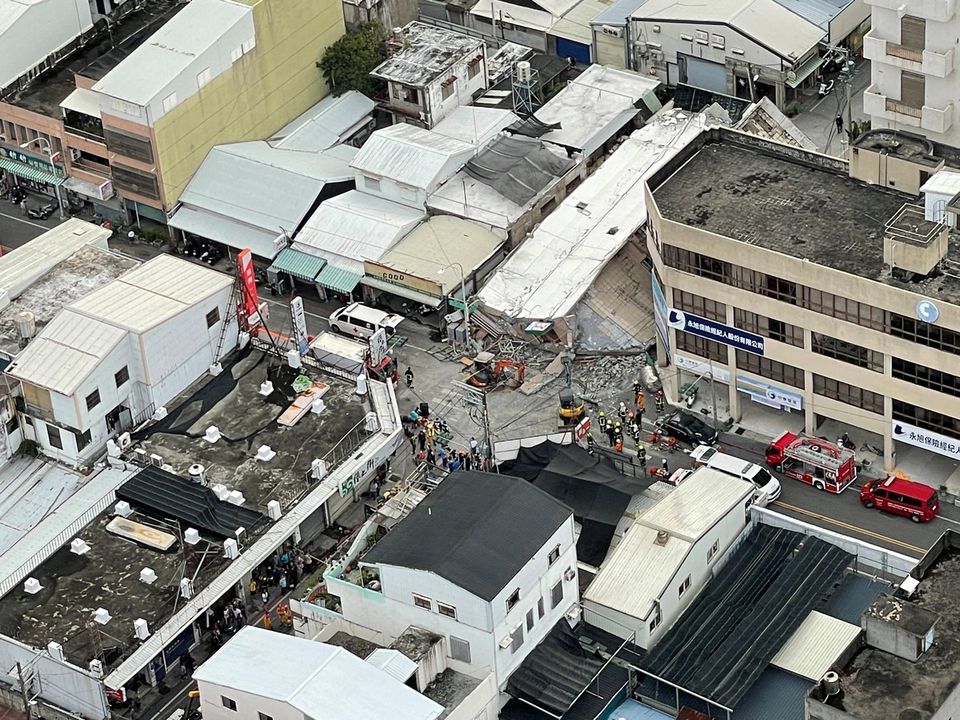 Taiwan was hit by massive earthquakes of heavy magnitude in just 2 days. According to reports, 150 people were injured in this natural disaster. Along with that buildings collapsed due to the heavy strikes of nature’s tremors.

A strong earthquake shook much of Taiwan on Sunday, toppling a three-story building and temporarily trapping four people inside, stranding about 400 tourists on a mountainside, and knocking part of a passenger train off its tracks.

One person died and nine people had minor injuries, Taiwan’s Emergency Operations Center said. The magnitude 6.8 quake was the largest among dozens that have rattled the island’s southeastern coast. Since Saturday evening when a 6.4 quake struck the same area.

Taiwan lies near the junction of two tectonic plates and is prone to earthquakes. More than 100 people were killed in a quake in southern Taiwan in 2016. While a 7.3 magnitude quake killed more than 2,000 people in 1999.

The three-story building, which had a 7-11 convenience store on the ground floor and residences on the upper ones, collapsed in nearby Yuli town, the island’s Central News Agency said. The 70-year-old owner of the building and his wife were rescued first. But it took longer to get to a 39-year-old woman and her 5-year-old daughter.

The Taiwan Railways Administration said six carriages came off the rails at Dongli station in eastern Taiwan after part of the platform canopy collapsed, but the fire department said there were no injuries. More than 600 people are trapped in the scenic Chikeshan (赤科山) and Liushishi mountain areas by blocked roads. Though there were no injuries and rescuers were working to reopen the roads, the department said.

The top two storeys of the building were left strewn across a small street, with electricity wires pulled down by the fallen structure. More than 7,000 households were reported to be without power in Yuli and water pipes were damaged.