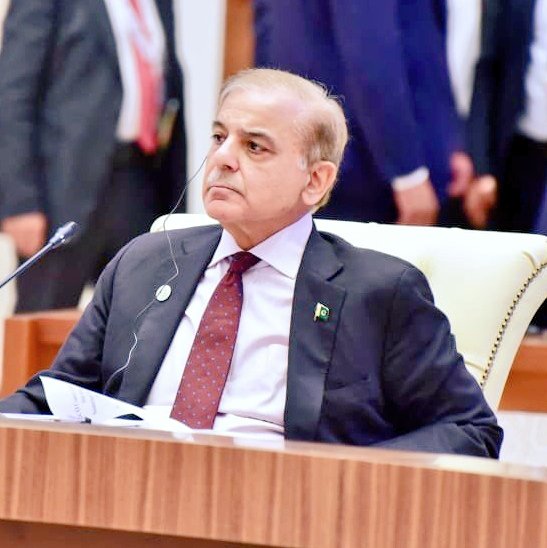 Prime Minister Shahbaz Shareef is most likely to attend the 77th UN General assembly meeting. Meeting’s date is scheduled for September 20, 2022. However, he will address the most prominent problems of the region in the forum.

Prime Minister Shahbaz Sharif will tonight depart for the United States from London where he is scheduled to attend the dinner being hosted by President Joe Biden on September 21. The Prime Minister will represent Pakistan in the 77th session of the UN General Assembly. Whereas, He will arrive in New York after attending the funeral of Britain’s Queen in London.

During his stay in New York, Shahbaz Sharif will have important bilateral meetings with the leaders of other countries. On September 20, the premier will attend the reception of the Secretary General of the United Nations. Moreover, On September 20, PM Shahbaz is scheduled to meet the French President, Austrian Chancellor, President of Spain, and President of the European Union Council, Charles Michael.

Apart from addressing a meeting on food security and climate change. PM Shahbaz Sharif will meet the presidents of Turkiye and Iran and his counterparts of Spain and other countries. This year’s UNGA session is significant because this will be the first in-person summit of world leaders since 2019. Moreover, the 2020 and 2021 sessions were converted into virtual meetings because of the Covid-19 pandemic.

PM Shahbaz is expected to attend the inaugural session of the UN General Assembly on September 20 and on the same day he will address a summit meeting on education reforms. However, which will also consider how to deal with the pandemic’s negative impact on education.

Center of multilateralism, the United Nations is the most vital international body, promoting international peace and security, development, and human rights. And providing the foundations of stable and sustainable world order.

As the most representative and inclusive multilateral forum of nation-states. However, The UN General Assembly offers the best platform to the international community for advancing shared objectives and common solutions to the common challenges faced by humanity.