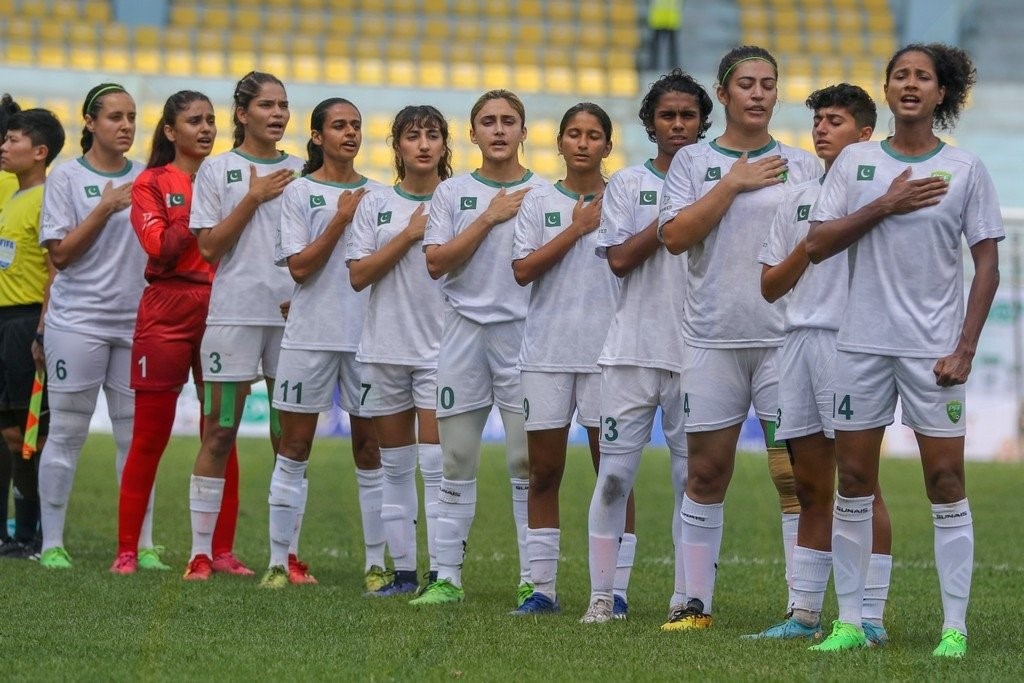 Pakistan women football team performs an outclass win against Maldives by 7-0 after an excruciating wait of eight years and declared historic victory in their farewell game of the SAFF Women’s Championship 2022 on Tuesday.

Nadia Khan amazed audience with her marvelous performance and became a first Pakistani female footballer to score 4 in a single match.

She netted goals at 53rd, 78th and 84th minutes and completes her hat-trick. She continue to make net goals and on 89th minute she scored her 4th goal and made history.

Nadia Khan made history and also joined Hajra and Malika in list of most international goals by Pakistani female player.

Nadia Khan is a UK-based Pakistani player who, with her brilliant performance make our country proud. She outshone her skills by making smart moves and dazzling performance.

Anmol Heera finalized the match by making a net goal and completed the scoresheet of 7-0. This final goal turned into sensational victory of Pakistan Women Football team against Maldives women football team.

National team beaten by Bangladesh by 6-0 in first match on Saturday. Team also beat by India in their encounter of the event. Team already eliminated after losing first two encounters of the event.

Pakistan Football Team also suspended due to infighting and third party interference on November 2014,. It is Pakistan’s first ever international tournament after 2014 after FIFA lifted the ban on the Pakistan Football Federation (PFF) on 30th June, 2022. After suspension being removed from the PFF, Team did not participated in 2016 and 2019 editions of SAFF Championship and South Asian Games. As a result National Team lost its FIFA ranking.

Also See: When will we come out from friendship, liking & disliking culture: Shoaib Malik