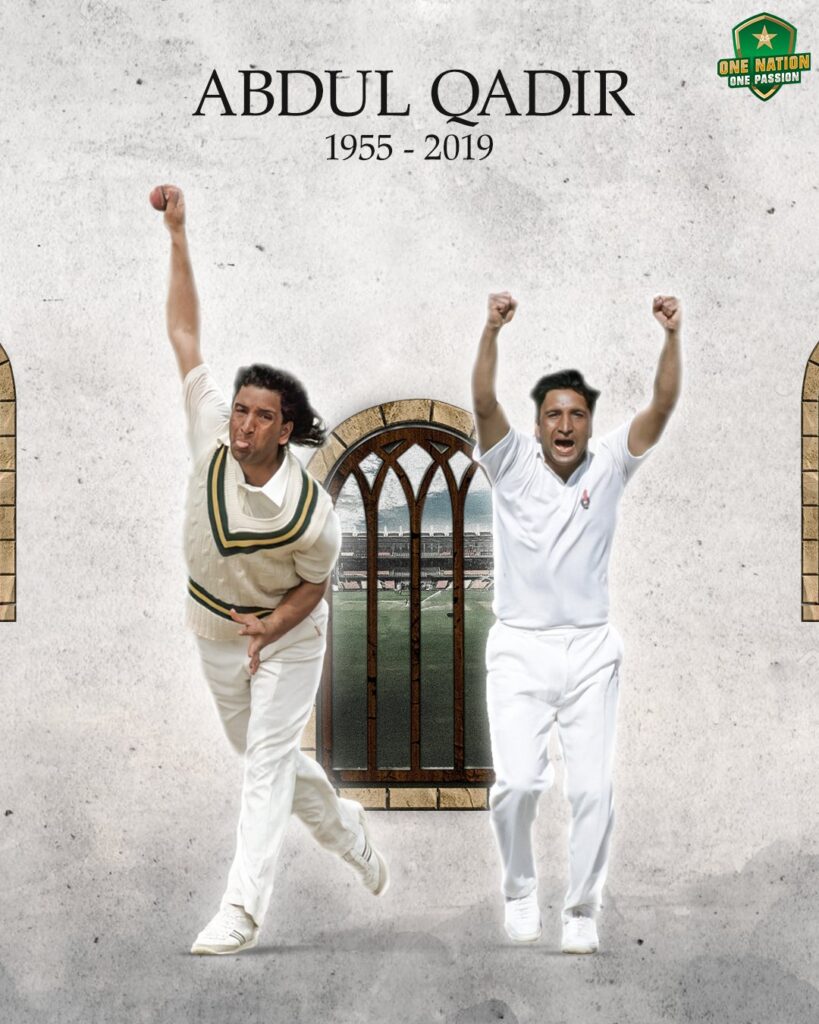 The world-renowned Spinner died on this day three years ago. Abdul Qadir and his legacy is continued by many players whom he trained in his camp. PCB and ICC posted heartfelt tweets on his demise.

The 3rd death anniversary of the legendary cricketer was observed on Tuesday September 6. Abdul Qadir represented Pakistan in 67 Tests and 104 One Day International matches. To his credit, he has 236 Test wickets and 132 wickets in one-day matches at an average of 32.80 and 26.16. The Lahore-born cricketer also had three half-centuries in the longest format of the game. He played his last international match in November 1993. The legendary leg spinner Abdul Qadir died of cardiac arrest in Lahore on this day in 2019.

After that, he ran a private academy near Gaddafi Stadium in Lahore. His four sons followed him into the game with varying degrees of success. But his role in Mushtaq’s rise and, to a lesser extent, that of Danish Kaneria, should not be overlooked. In November 2008, Qadir was appointed Pakistan’s chief selector. But he resigned after a little over six months in the job.

In ODIs, his best bowling figures were five wickets for 44 runs against Sri Lanka during the 1983 Cricket World Cup. He was a member of the Pakistani team in the 1983 and 1987 Cricket World Cups. Cricket described Qadir as “a master of the leg-spin” who “mastered the googlies, the flippers, the leg-breaks, and the topspins.”. However, He is widely regarded as a top spin bowler of his generation and was included in Richie Benaud’s Greatest XI shortlist of an imaginary cricket team from the best players available. Former English captain Graham Gooch said that “Qadir was even finer than Shane Warne”.

Imran Khan called him “a genius, one of the greatest leg spinners of all time”, adding that “Qadir’s bowling statistics do not do justice to his genius”. He was posthumously awarded Sitara-i-Imtiaz the third highest civilian award in Pakistan.