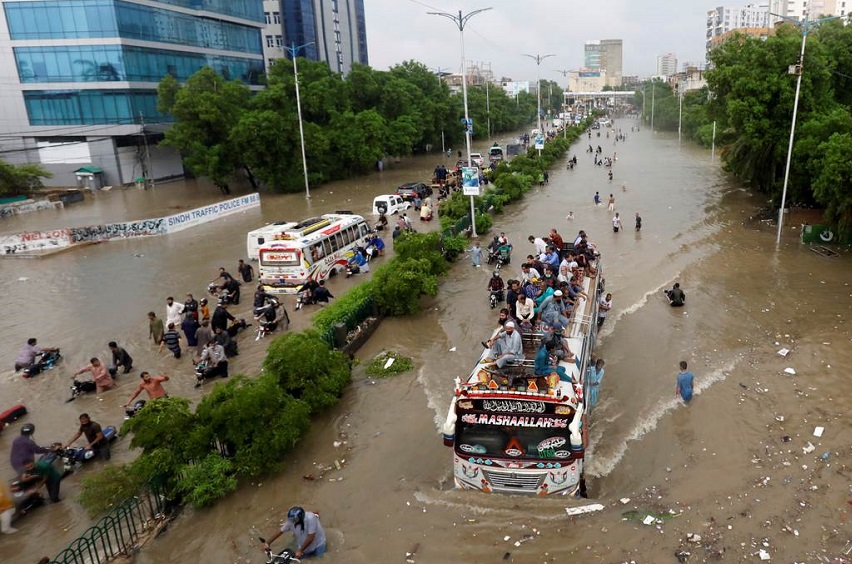 Karachi is flooded due to heavy rain since few days. There are also flood warning in different part of country. Rain killed 93 people, including 47 children, damaging 2807 completely, and destroying 388 kilometers of rural to urban roads. Through a video link from CM House, Syed Murad Ali Shah informed Prime Minister Mian Shahbaz Sharif that rain in Sindh (Karachi) is 369 percent greater than normal during the monsoon.

Statement issued by the Sindh CM on Thursday said that the chief ministers and chief secretaries from their respective provinces attended the meeting of the prime minister in Islamabad via video link.

There is an urgent need for the federal government to provide compensation for losses of lives, infrastructure, crops and houses. Sindh Bank also redirected to defer recouping its loans that has advanced to the growers due to serious situation.

Punjab, Sindh, Balochistan along with DG Khan Division likely to be affected by low pressure system over Bay of Bengal. Northeastern Afghanistan and adjoining areas are still overshadowed by a westerly wave from the north. While a seasonal low lies over Northwestern Balochistan from the west.

There’s mild moist currents infiltrating the upper parts of country from both Arabian Sea and Bay of Bengal.

It is predicted that scattered thunderstorms and rain will be experienced in upper catchment of Indus River in 24 hours. It is possible that isolated to scattered thunderstorms/rains may also occur over Rawalpindi, Sargodha, Gujranwala, Lahore, DG Khan, and Bahawalpur Divisions in Punjab, Sindh, Khyber-Pakhtunkhwa, Eastern Balochistan, and the upper catchments of the Jhelum, Chenab, Ravi and Sutlej rivers during the same period as well.