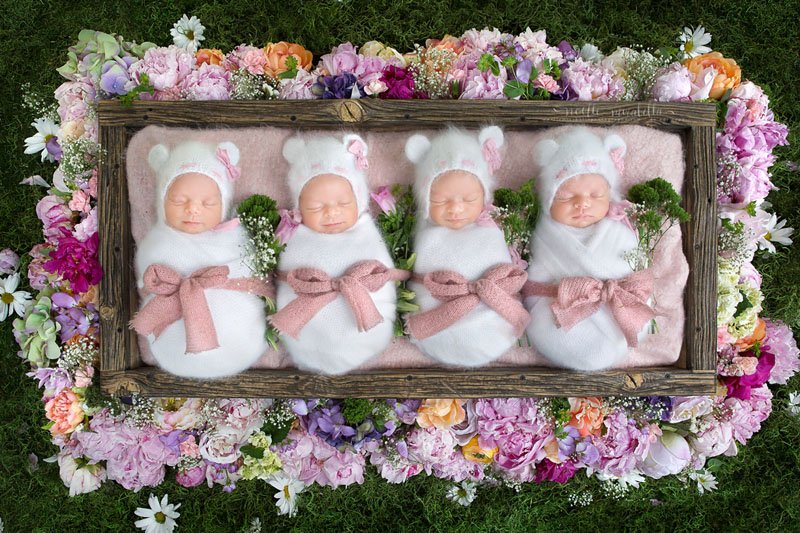 Miracles happened for real in the world. A woman has quadruplets (4) girls after 10 years of marital bliss in the province of Sindh Pakistan. Family is calling this quadruplets “Lucky” for the generation.

Kids complete a woman in all aspects. Especially in south Asian households having a child is the biggest achievement for all women. Imagine a despairing moment when a poor soul cannot have one conveniently. Recently a woman got lucky after 10 years of marriage. She conceived after so long and God Almighty has blessed her with a quadruplets.

The lady is a resident of Amrot Sharif. She was hopeless and left all but prayers. When the news broke to her she went sobbing. After the estimated time she has not one or two, she has quadruplets (4) kids at one. Christian Hospital is a private healthcare unit in the vicinity, where the special case came for birth. All kids are beautiful girls and mother and kids are healthy and recovering really fast.

Girls are welcomed with a lot of love and warmth. Uncle of the girls called them “lucky” as they all came so late yet a beautiful fruit to get after struggles.

This is not the first case where a lady gets more than one blessing in her first pregnancy. Earlier this year a lady from KPK has 7 kids at once. She has 3 boys and 4 girls, healthy and fine. In another case, a lady from Africa gets 9 kids in her first pregnancy. She has 6 girls and 1 boy. Getting a kid is happiness but getting more than one kid is surely a box of sweets that anyone can get.

Earlier, a woman gave birth to sextuplets at the Lady Reading Hospital (LRH) in Peshawar. According to details, the KP woman hailing from Mohmand district gave birth to six babies (five girls one boy).