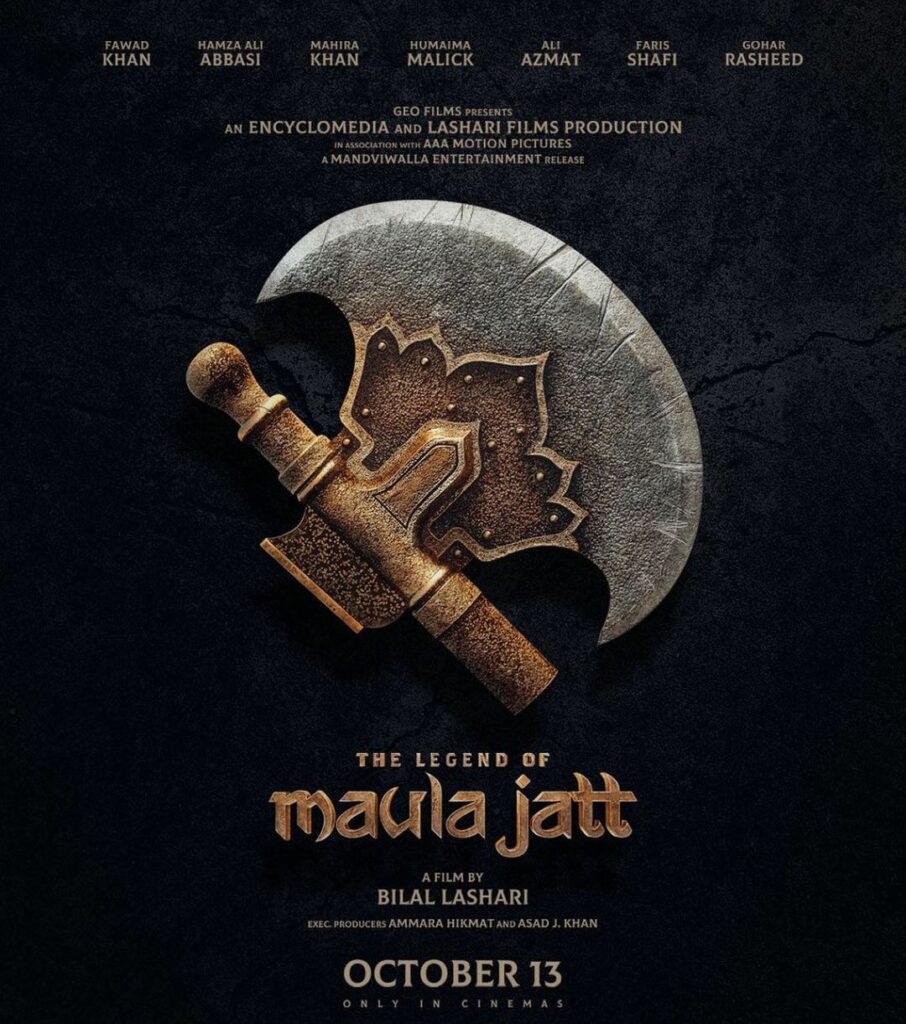 Bilal Lashari’s career-best movie is about to come to cinemas near you. Movie stars Fawad Khan, Mahira Khan, and Hamza Ali Abbasi in major roles. Just get ready to witness the most amazing cinematic experience on 13th October 2022.

The most awaited movie “The legends of Maula Jatt” is finally coming on the big screen real soon. This is the dream project of director Bilal Lashari, who made amazing movies like Waar in the past. This movie is badly affected by the Pandemic and a few other legal problems. But now it gets a release date of 13th October 2022.

It has a star cast of Fawad Khan, Mahira Khan, Hamza Ali Abbasi, and Humaima Malick in major roles. This movie was announced in 2011 but after a decade it is releasing with all its glory.

The Legend of Maula Jatt was finally free from all the legal entanglement after Sarwer Bhatti, the original film’s producer withdrew all cases. Bhatti has denied all rumors of a financial settlement between himself and the producers of the film. Bhatti instead attributes the decision to his desire for the welfare of local cinema.

Bilal and Ammara Hikmat fought the biggest legal battle to get the rights to the movie title and scripts. It is based on 1979 Maula Jatt by Sultan Rahi, but this one has a fresh niche in all departments. The original Maula Jatt is one of the most commercially successful films to come out of Pakistan. However, Bhatti’s classic was released in 1979 starring legendary Sultan Rahi as the lead and Mustafa Qureshi as the villain.

In Pakistan, the producers have engaged top cinema and distribution strategist Nadeem Mandvivalla, who will distribute the film via his Mandviwalla Entertainment. Meanwhile, The film will release on Oct. 13, 2022, and is being distributed by Pranab Kapadia of Moviegoers Entertainment in overseas markets.